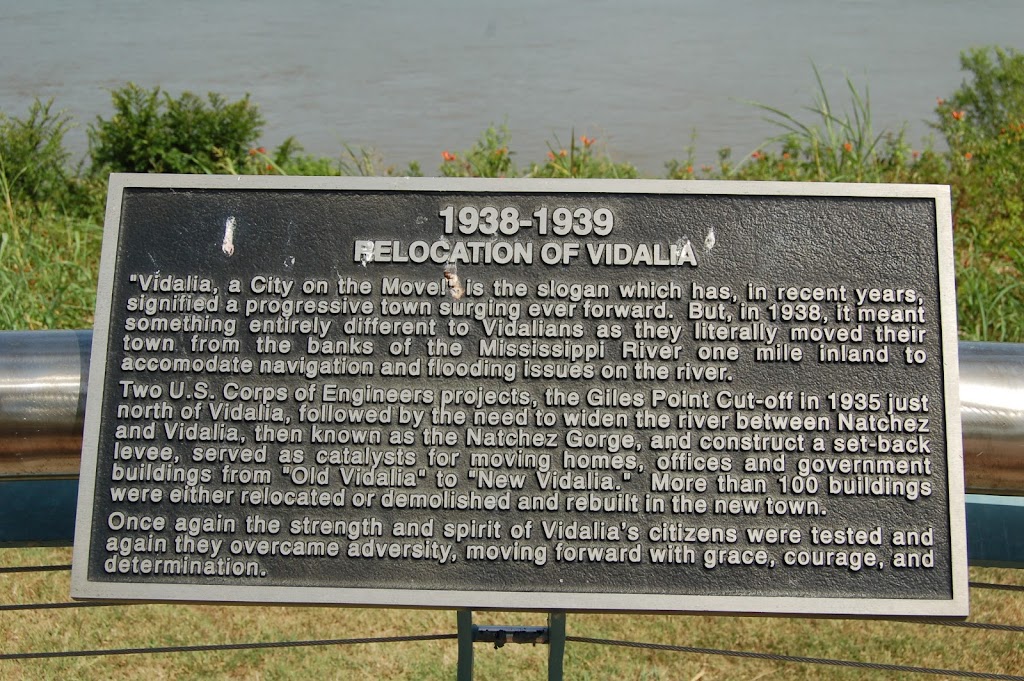 "Vidalia, a City on the Move!" is the slogan which has, in recent years, signified a progressive town surging ever forward. But, in 1938, it meant something entirely different to Vidalians as they literally moved their town from the banks of the Mississippi River one mile inland to accomodate navigation and flooding issues on the river. Two U.S. Corps of Engineers projects, the Giles Point Cut-off in 1935 just north of Vidalia, followed by the need to widen the river between Natchez and Vidalia, then known as Natchez Gorge, and construct a set-back levee, served as catalysts for moving homes, offices and government buildings from "Old Vidalia" to "New Vidalia." More than 100 buildings were either relocated or demolished and rebuilt in the new town. Once again the strength and spirit of Vidalia's citizens were tested and again they overcame adversity, moving forward with grace, courage, and determination.