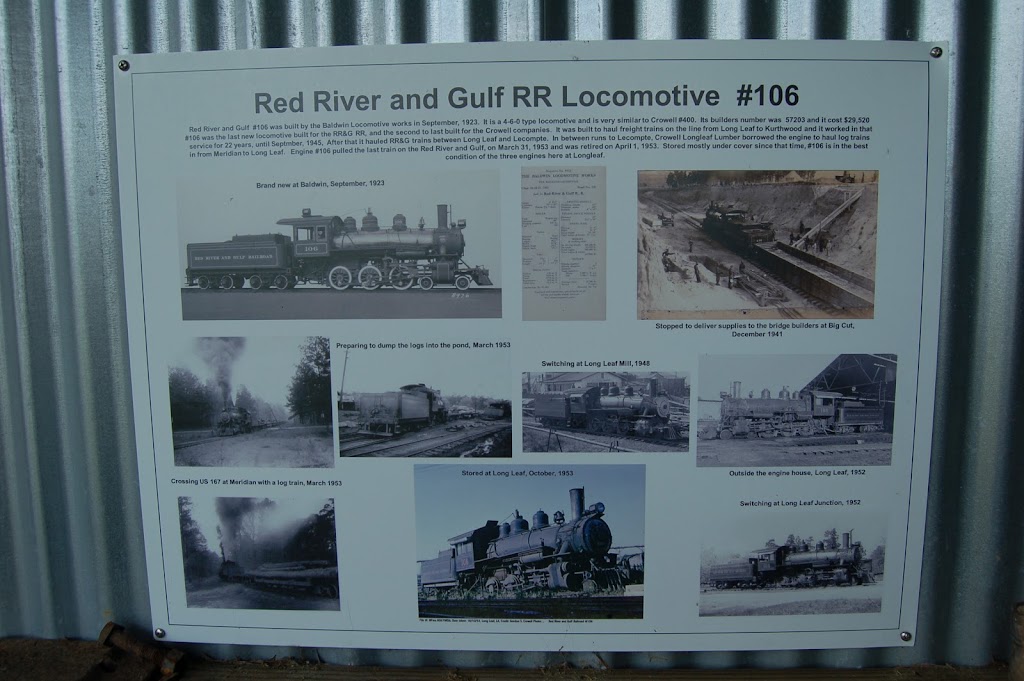 Red River and Gulf #106 was built by the Baldwin Locomotive works in September, 1923. It is a 4-6-0 type locomotive and is very similar to Crowell #400. Its builders number was 57203 and it cost $29,520. #106 was the last new locomotive built for the RR&G RR, and the second to last built for the Crowell companies. It was built to haul freight trains on the line from Long Leaf to Kurthwood and it worked in that service for 22 years, until September, 1945. After that it hauled RR&G trains between Long Leaf and Lecompte. In between runs to Lecompte, Crowell Longleaf Lumber borrowed the engine to haul log trains in from Meridian to Long Leaf. Engine #106 pulled the last train on the Red River and Gulf, on March 31, 1953 and was retired on April 1, 1953. Stored mostly under cover since that time, #106 is in the best condition of the three engines here at Longleaf.