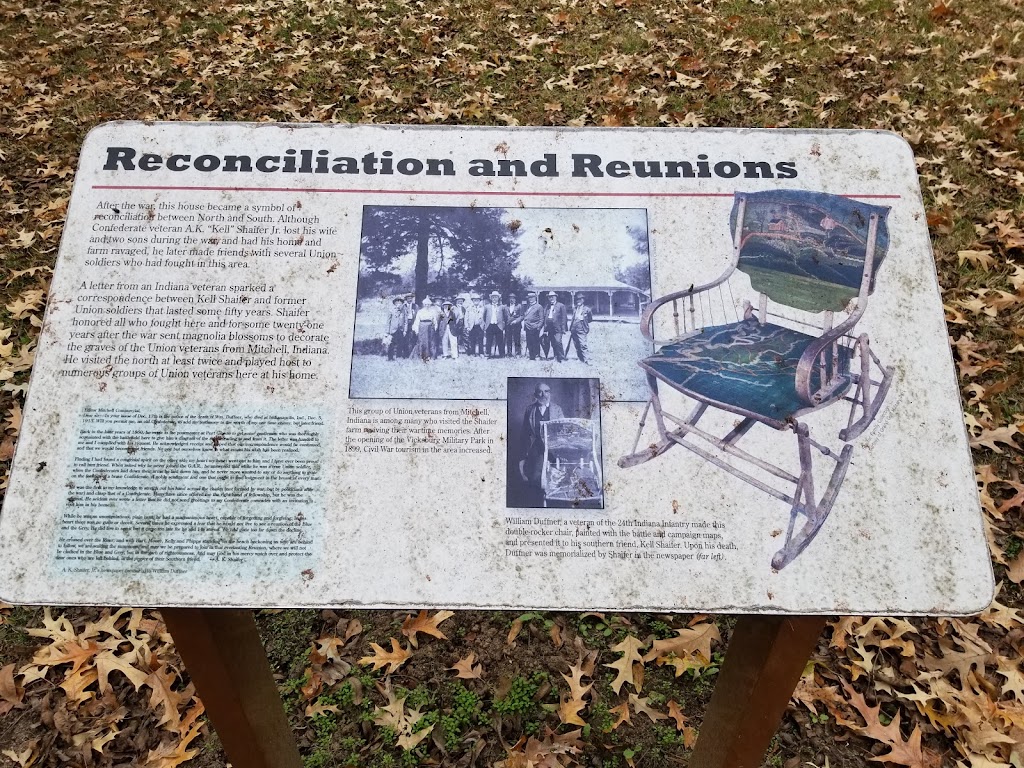 After the war this house became a symbol of reconciliation between North and South. Although Confederate veteran A.K. "Kell" Shaifer Jr. lost his wife and two sons during the war and had his home and farm ravaged, he later made friends with several Union soldiers who had fought in area.

A letter from an Indiana veteran sparked a correspondence between Kell Shaifer and former Union soldiers that lasted some fifty years. Shaffer, honored all who fought here and for some twenty-one years after the war sent magnolia blossoms to decorate the graves of the Union veterans from Mitchell, Indiana. He visited the north at least twice an host to numerous groups of Union veterans here at his home.