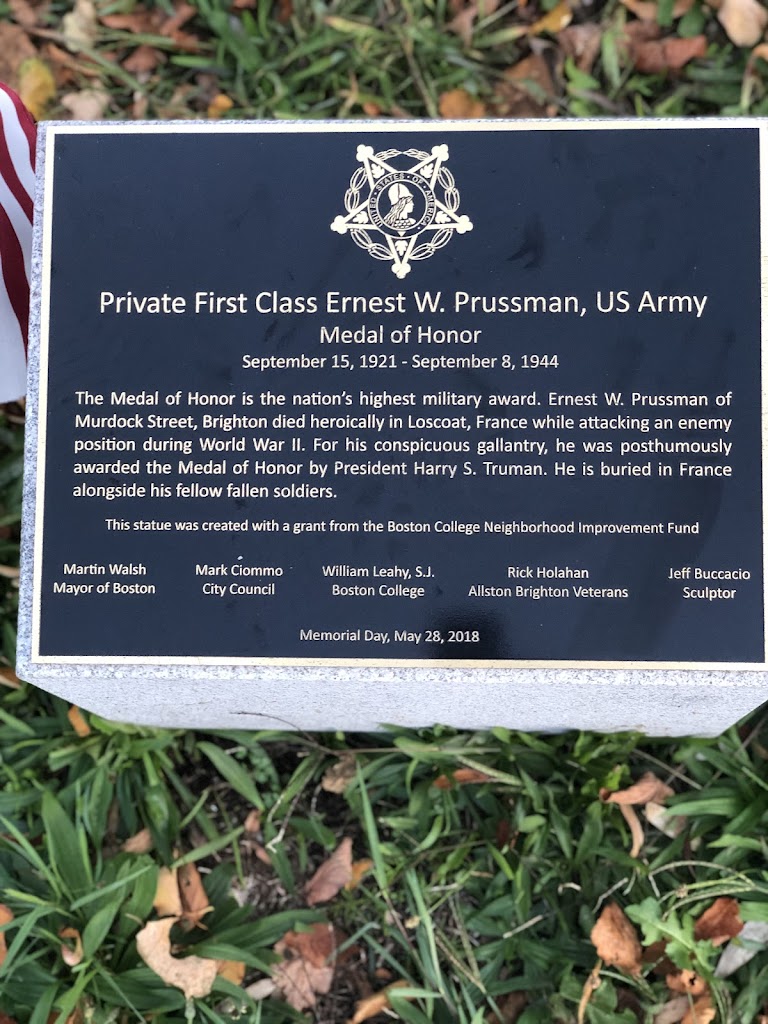 September 15, 1921 - September 8, 1944
The Medal of Honor is the nation’s highest military award. Ernest W. Prussman of Murdock street, Brightion died heroically in Loscoat, France while attacking an enemy position during World War II. For his conspicious gallentry, he was posthumously awarded the Medal of Honor by president Harry S. Truman. He is buried in France alongside his fallen soldiers.