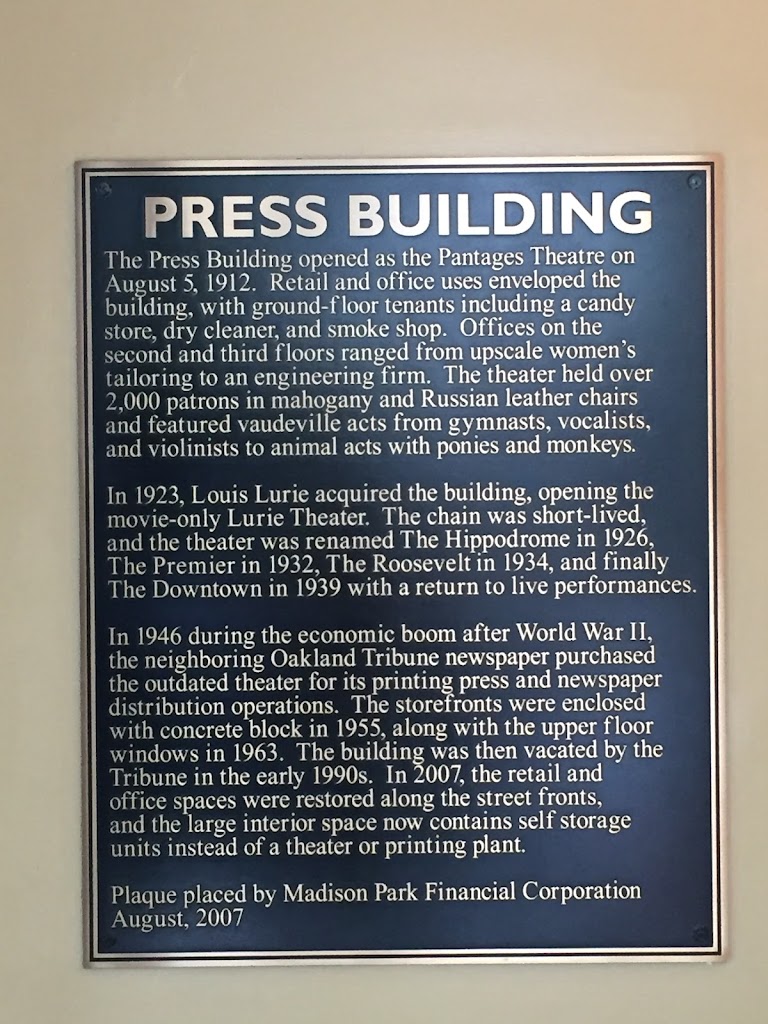 The Press Building opened as the Pantages Theatre on
August 5, 1912. Retail and office uses enveloped the
building, with ground-floor tenants including a candy
store, dry cleaner, and smoke shop. Offices on the
second and third floors ranged from upscale women's
tailoring to an engineering firm. The theater held over
2,000 patrons in mahogany and Russian leather chairs
and featured vaudeville acts from gymnasts, vocalists,
and violinists to animal acts with ponies and monkeys.

In 1923, Louis Lurie acquired the building, opening the
movie-only Lurie Theater. The chain was short-lived,
and the theater was renamed The Hippodrome in 1926,
The Premier in 1932, The Roosevelt in 1934, and finally
The Downtown in 1939 with a return to live performances.

In 1946 during the economic boom after World War II,
the neighboring Oakland Tribune newspaper purchased
the outdated theater for its printing press and newspaper
distribution operations. The storefronts were enclosed
with concrete block in 1955, along with the upper floor
windows in 1963. The building was then vacated by the
Tribune in the early 1990s. In 2007, the retail and
office spaces were restored along the street fronts,
and the large interior space now contains self storage
units instead of a theater or printing plant
Plaque placed by Madison Park Financial Corporation
August, 2007