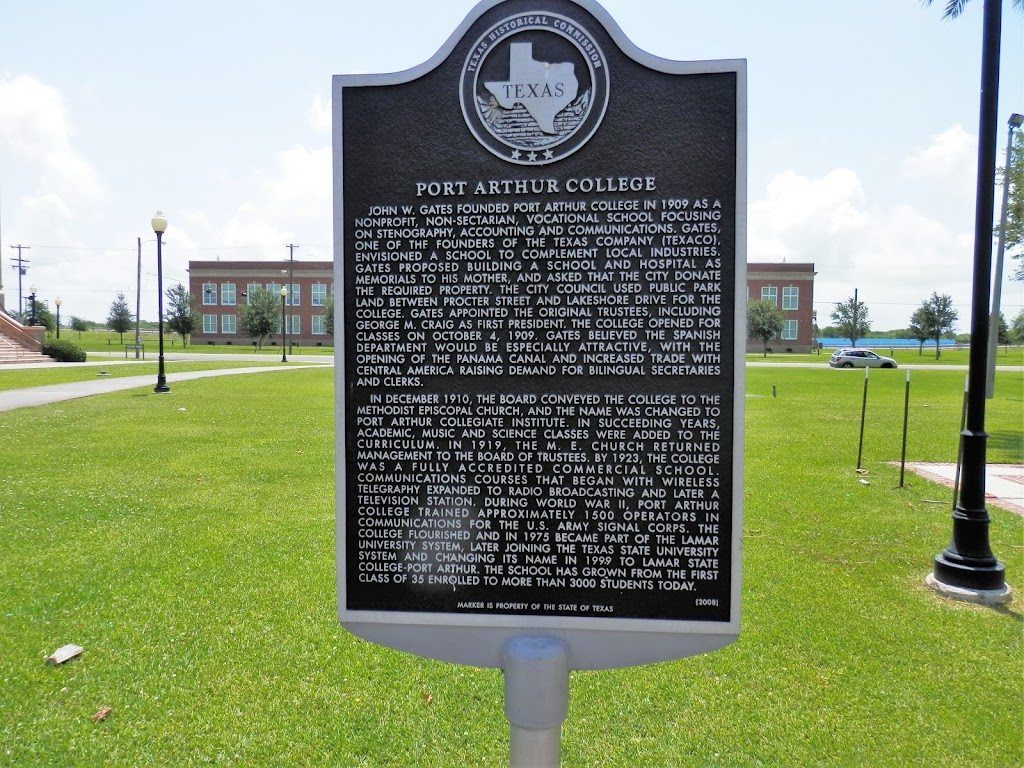 John W. Gates founded Port Arthur College in 1909 as a nonprofit, non-sectarian, vocational school focusing on stenography, accounting and communications. Gates, one of the founders of the Texas Company (Texaco), envisioned a school to complement local industries. Gates proposed building a school and hospital as memorials to his mother, and asked that the city donate the required property. The city council used public park land between Procter street and Lakeshore drive for the college. Gates appointed the original trustees, including George M. Craig as first president. The college opened for classes on October 4, 1909. Gates believed the Spanish department would be especially attractive, with the opening of the Panama Canal and increased trade with Central America raising demand for bilingual secretaries and clerks.

In December 1910, the board conveyed the college to the Methodist Episcopal Church, and the name was changed to Port Arthur Collegiate Institute. In succeeding years, academic, music and science classes were added to the curriculum. In 1919, the M.E. Church returned management to the board of trustees. By 1923, the college was a fully accredited commercial school. Communications courses that began with wireless telegraphy expanded to radio broadcasting and later a television station. During World War II, Port Arthur College trained approximately 1500 operators in communications for the U.S. Army signal corps. The college flourished and in 1975 became part of the Lamar University system, later joining the Texas State University system and changing its name in 1999 to Lamar State College-Port Arthur. The school has grown from the first class of 35 enrolled to more than 3000 students today.

Marker is property of the State of Texas