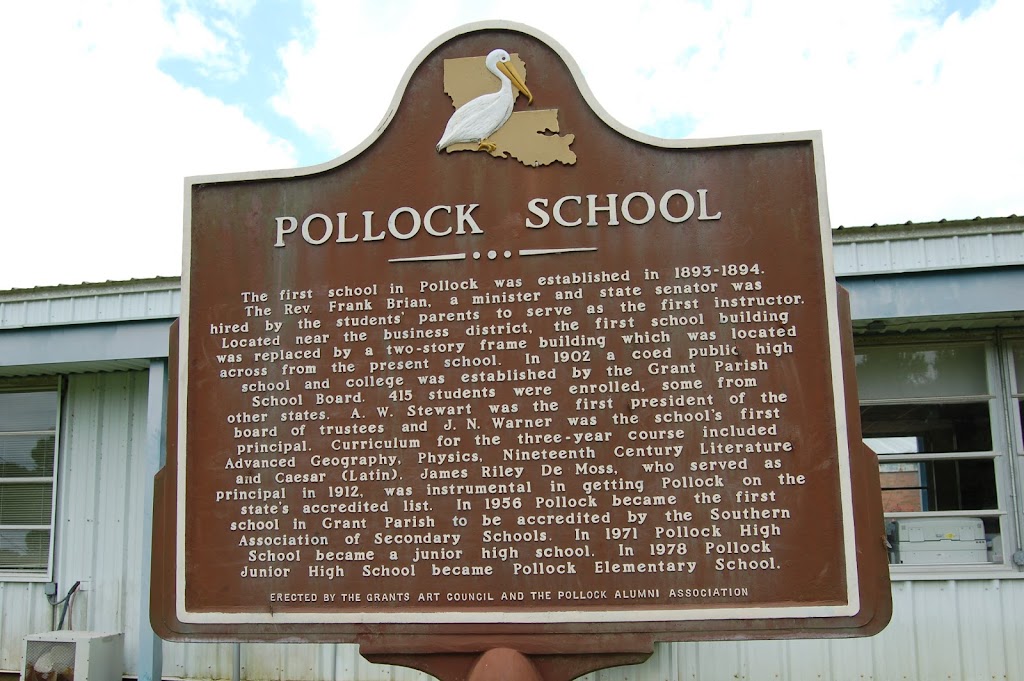 The first school in Pollock was established in 1893-1894. The Rev. Frank Brian, a minister and state senator was hired by the students' parents to serve as the first instructor. Located near the business district, the first school building was replaced by a two-story frame building which was located across from the present school. In 1902 a coed public high school and college was established by the Grant Parish School Board. 415 students were enrolled, some from other states. A.W. Stewart was the first president of the board of trustees and J.N. Warner was the school's first principal. Curriculum for the three-year course included Advanced Geography, Physics, Nineteenth Century Literature and Caesar (Latin). James Riley De Moss, who served as principal in 1912, was instrumental in getting Pollock on the state's accredited list. In 1956 Pollock became the first school in Grant Parish to be accredited by the Southern Association of Secondary Schools. In 1971 Pollock High School became a junior high school. In 1978 Pollock Junior High School became Pollock Elementary School.