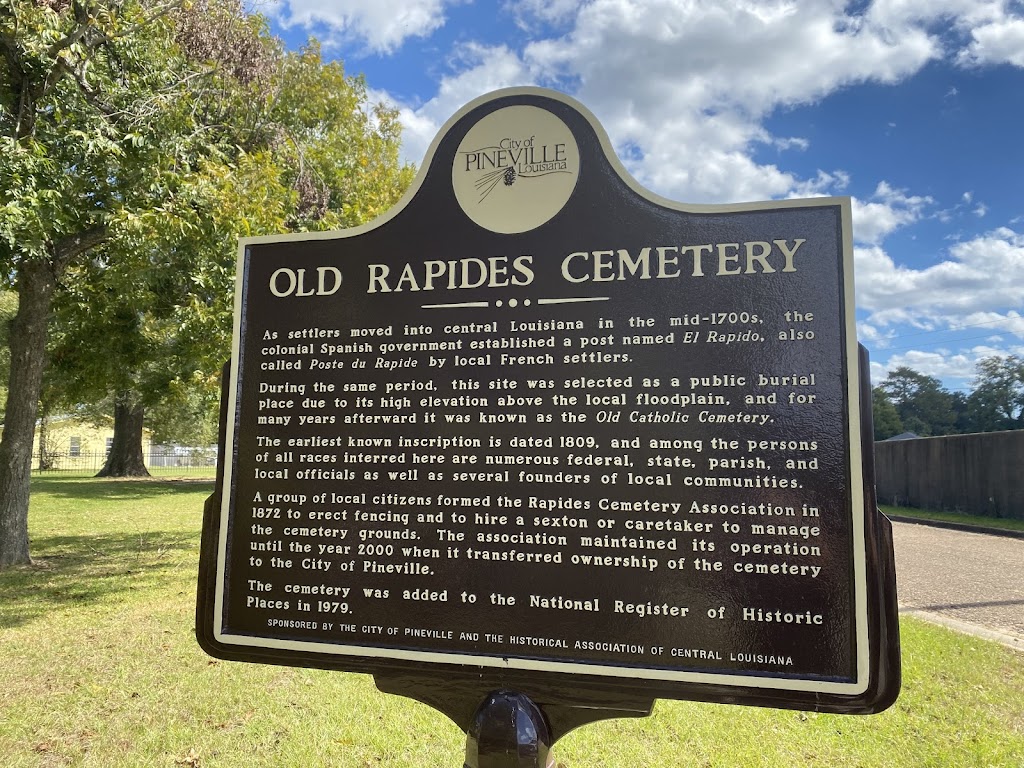 As settlers moved into central Louisiana in the mid-1700s, thecolonial Spanish government established a post named El Rapido, alsocalled Poste du Rapide by local French settlers.During the same period, this site was selected as a public burialplace due to its high elevation above the local floodplain, and formany years afterward it was known as the Old Catholic Cemetery.The earliest known inscription is dated 1809, and among the personsof all races interred here are numerous federal, state, parish, andlocal officials as well as several founders of local communities.A group of local citizens formed the Rapides Cemetery Association in1872 to erect fencing and to hire a sexton or caretaker to managethe cemetery grounds. The association maintained its operationuntil the year 2000 when it transferred ownership of the cemeteryto the City of Pineville.The cemetery was added to the National Register of HistoricPlaces in 1979.