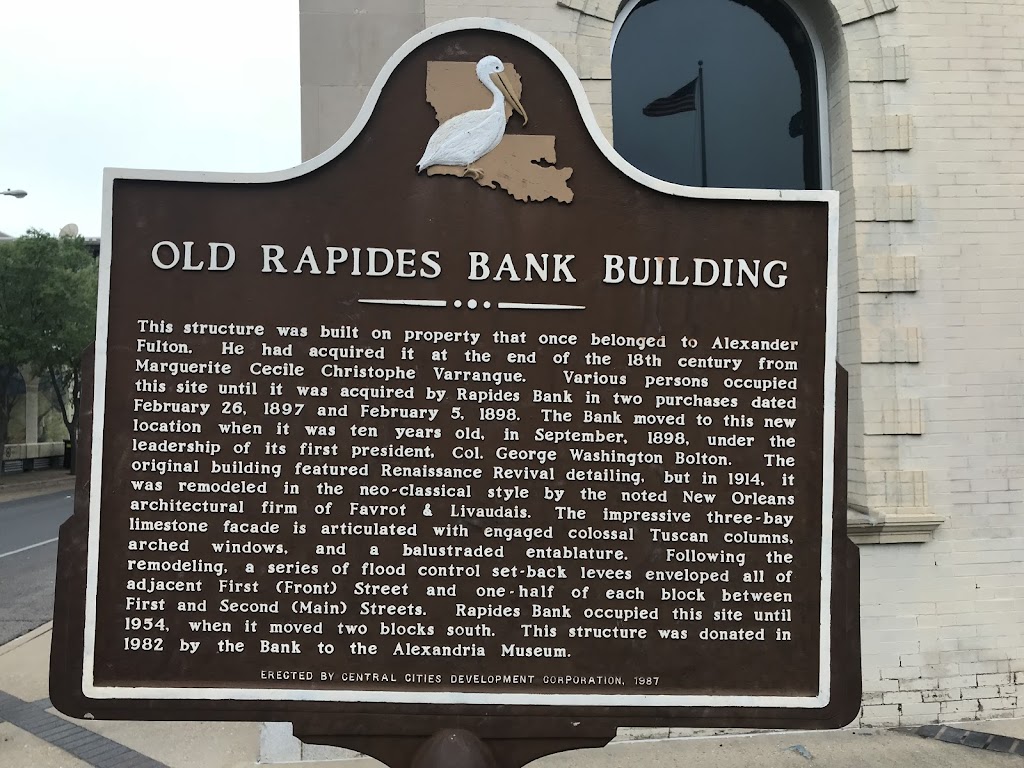 This structure was built on property that once belonged to Alexander Fulton. He had acquired it at the end of the 18th century from Marguerite Cecile Christophe Varrangue. Various persons occupied this site until it was acquired by Rapides Bank in two purchases dated February 26, 1897 and February 5, 1898. The Bank moved to this new location when it was ten years old, in September, 1898, under the leadership of its first president, Col. George Washington Bolton. The original building featured Renaissance Revival detailing, but in 1914, it was remodeled in the neo-classical style by the noted New Orleans architectural firm of Favrot & Livaudais. The impressive three-bay limestone facade is articulated with engaged colossal Tuscan columns, arched windows, and a balustraded entablature. Following the remodeling, a series of flood control set-back levees enveloped all of adjacent First (Front) Street and one-half of each block between First and Second (Main) Streets. Rapides Bank occupied this site until 1954, when it moved two blocks south. This structure was donated in 1982 by the Bank to the Alexandria Museum.