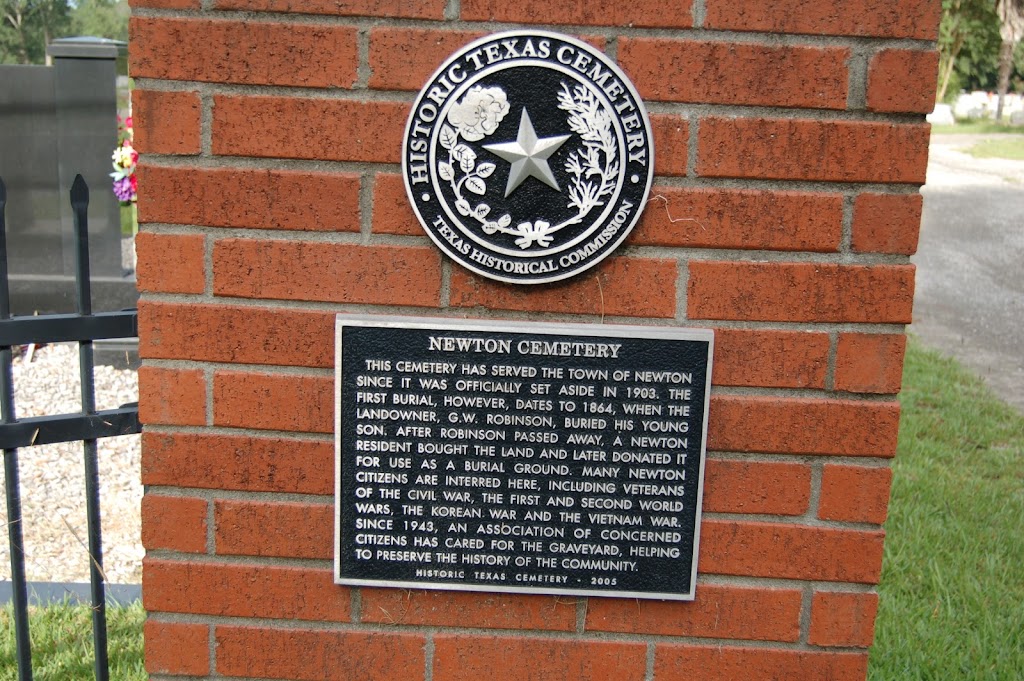 This cemetery has served the town of Newton since it was officially set aside in 1903. The first burial, however, dates to 1864, when the landowner, G.W. Robinson, buried his young son. After Robinson passed away, a Newton resident bought the land and later donated it for use as a burial ground. Many Newton citizens are interred here, including veterans of the Civil War, the First and Second World Wars, the Korean War and the Vietnam War. Since 1943, an association of concerned citizens has cared for the graveyard, helping to preserve the history of the community. Historic Texas Cemetery