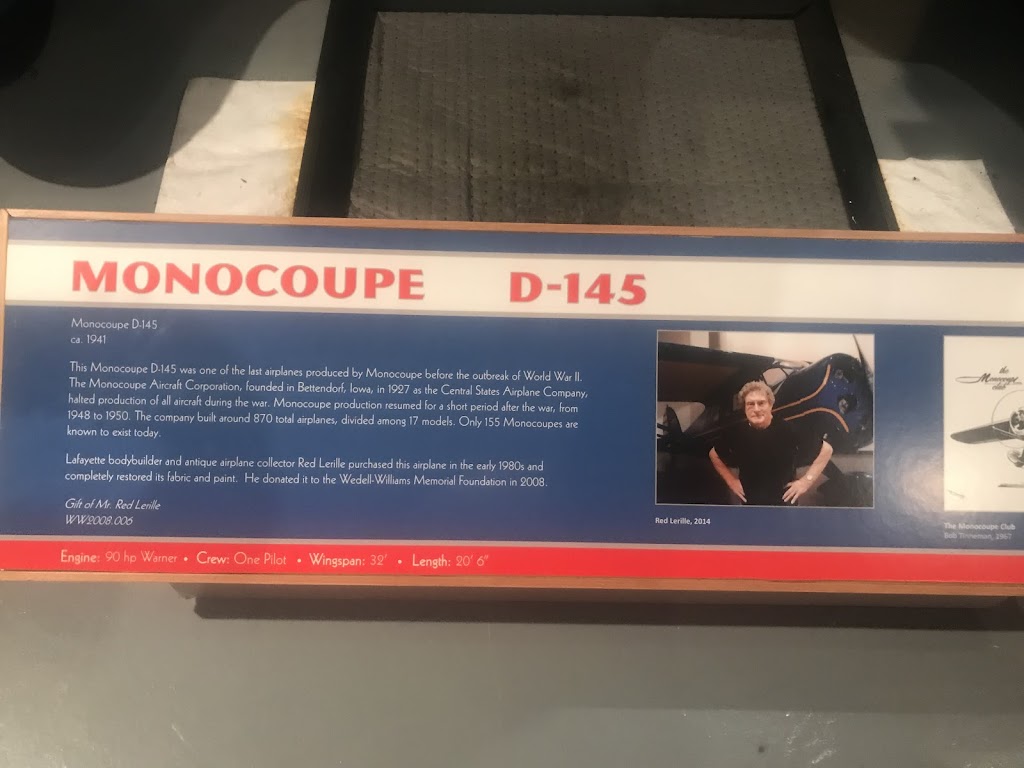 This Monocoupe D-145 was one of the last airplanes produced by Monocoupe before the outbreak of World War II. The Monocoupe Aircraft Corporation, founded in Bettendorf, Iowa, in 1927 as the Central States Airplane Company, halted production of all aircraft during the war. Monocoupe production resumed for a short period after the war from 1848-1850. The company built around 870 total airplanes, divided among 17 models. Only 155 Monocoupes are known to exist today.

Lafayette bodybuilder and antique airplane collector Red Lerille purchased this airplane in the early 1980s and completely restored its fabric and paint. He donated it to the Wedell-Williams Memorial Foundation in 2008.