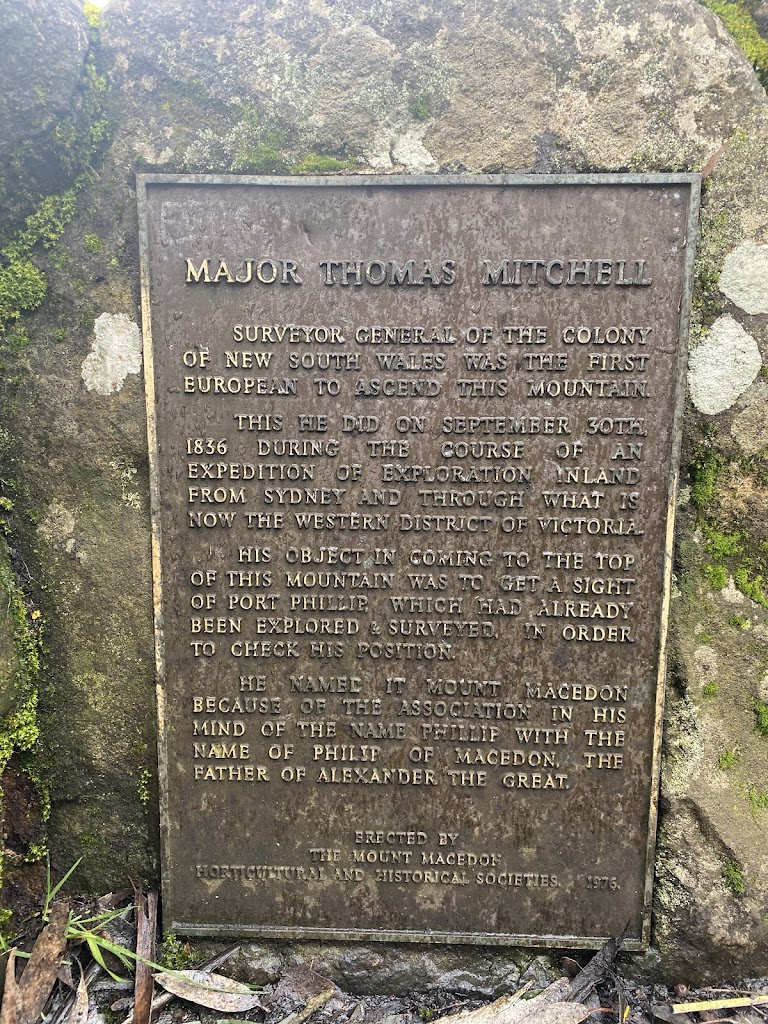 Surveyor General of the colony of New South Wales was the first European to ascend this mountain.

This he did on September 30th 1836 during the course of an expedition of exploration inland from Sydney and through what is now the western district of Victoria.

His object in coming to the top of this mountain was to get a sight of Port Phillip, which had already been explored & surveyed, in order to check his position.

He named it Mount Macedon because of the association in his mind of the name Phillip with the name of Phillip of Macedon, the father of Alexander the Great.

Erected by the Mount Macedon horticultural and historical societies 1976