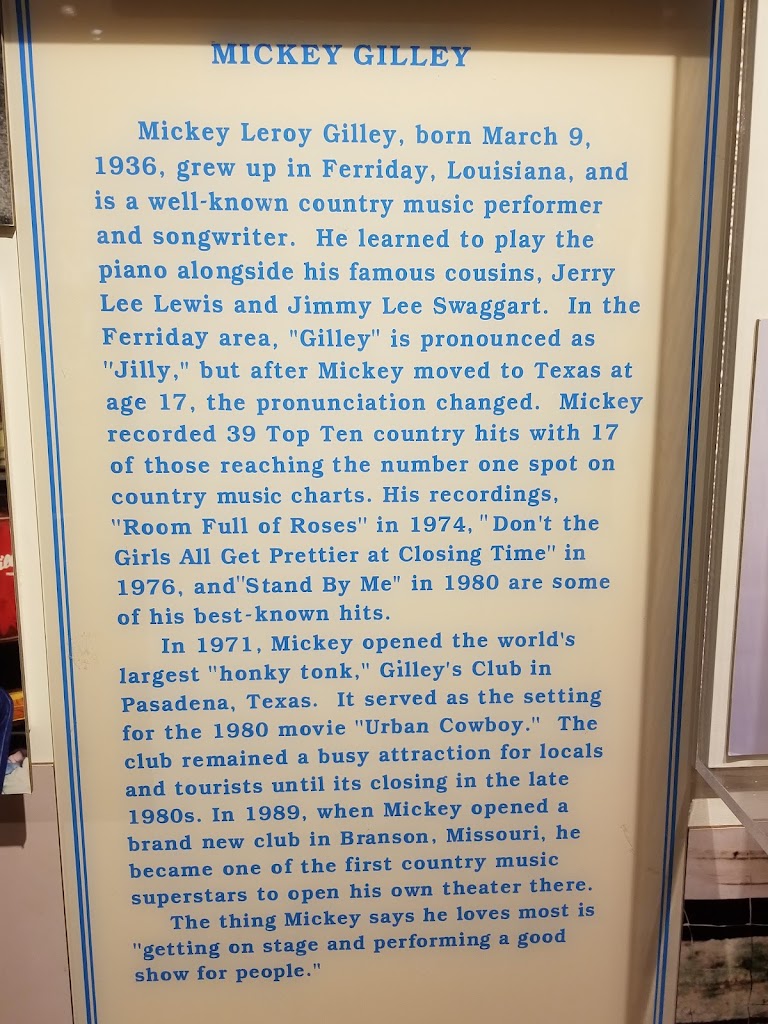 Mickey Leroy Gilley, born March 9,1936, grew up in Ferriday, Louisiana, andis a well-known country music performerand songwriter. He learned to play thepiano alongside his famous cousins, JerryLee Lewis and Jimmy Lee Swaggart. In theFerriday area, "Gilley" is pronounced as"Jilly," but after Mickey moved to Texas atage 17, the pronunciation changed. Mickeyrecorded 39 Top Ten country hits with 17of those reaching the number one spot oncountry music charts. His recordings,"Room Full of Roses" in 1974, "Don't theGirls All Get Prettier at Closing Time" in1976, and"Stand By Me" in 1980 are someof his best-known hits.In 1971, Mickey opened the world'slargest "honky tonk," Gilley's Club inPasadena, Texas. It served as the settingfor the 1980 movie "Urban Cowboy." Theclub remained a busy attraction for localsand tourists until its closing in the late1980s. In 1989, when Mickey opened abrand new club in Branson, Missouri, hebecame one of the first country musicsuperstars to open his own theater there.The thing Mickey says he loves most is"getting on stage and performing a goodshow for people."