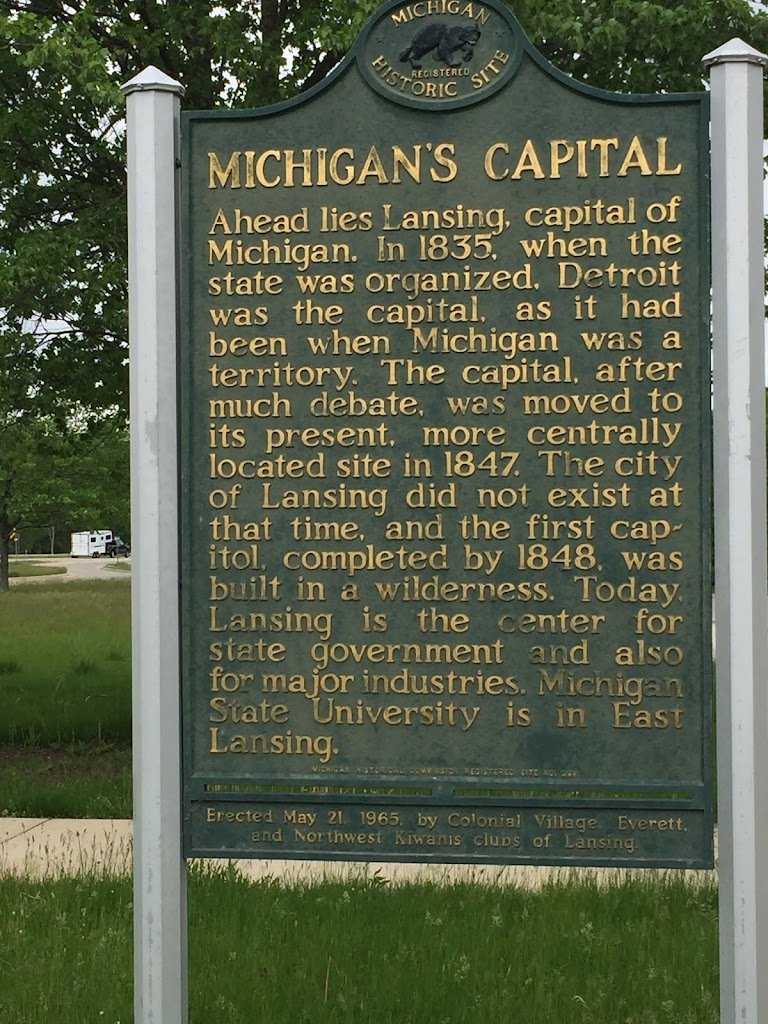 Ahead lies Lansing, capital of Michigan.  In 1835, when the state was organized, Detroit was the capital, as it had been when Michigan was a territory.  The capital, after much debate, was moved to its present, more centrally located site in 1847.  The city of Lansing did not exist at that time, and the first capitol, completed by 1848, was built in a wilderness.  Today Lansing is the center for state government and also for major industries.  Michigan State University in in East Lansing.

Erected May 21, 1965, by Colonial Village, Everett and Northwest Kiwanis clubs of Lansing.