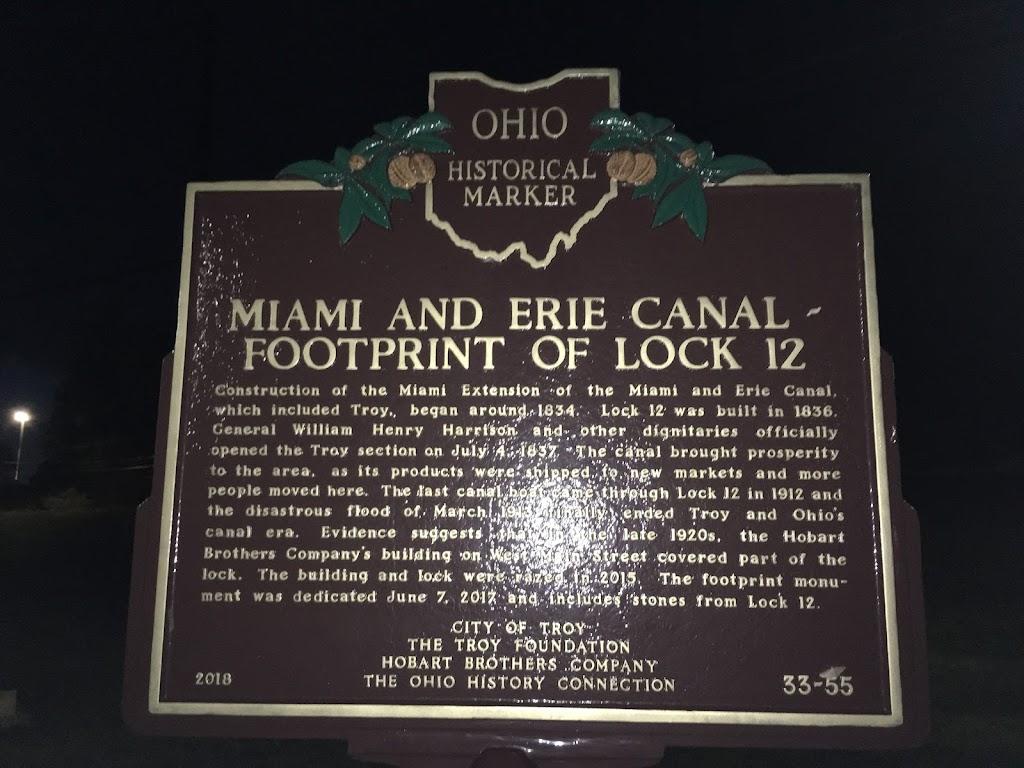 Construction of the Miami Extension of the Miami and Erie Canal, which included Troy, began around 1834.  Lock 12 was built in 1836.  General William Henry Harrison and other dignitaries officially opened the Troy section on July 4, 1837.  The canal brought prosperity to the area, as its products were shipped to new markets and more people moved here.  The last canal boat came through Lock 12 in 1912 and the disastrous flood of March 1913 finally ended Troy and Ohio’s canal era.  Evidence suggests that in the late 1920s, the Hobart Brothers Company’s building on West Main Street covered part of the lock.  The building and lock were razed in 2015. The footprint monument was dedicated June 7, 2017 and includes stones from Lock 12.