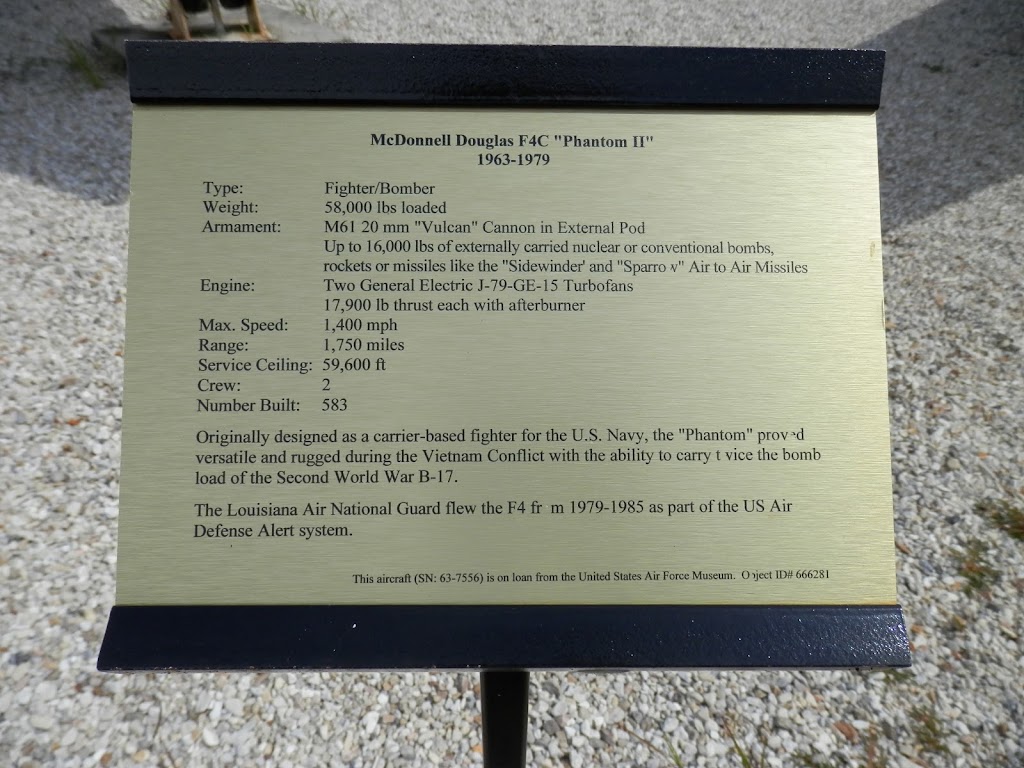 Originally designed as a carrier-based fighter for the U.S. Navy, the "Phantom" proved versatile and rugged during the Vietnam Conflict with the ability to carry twice the bomb load of the Second World War B-17.

The Louisiana Air National Guard flew the F4 from 1979-1985 as part of the US Air Defense Alert system.