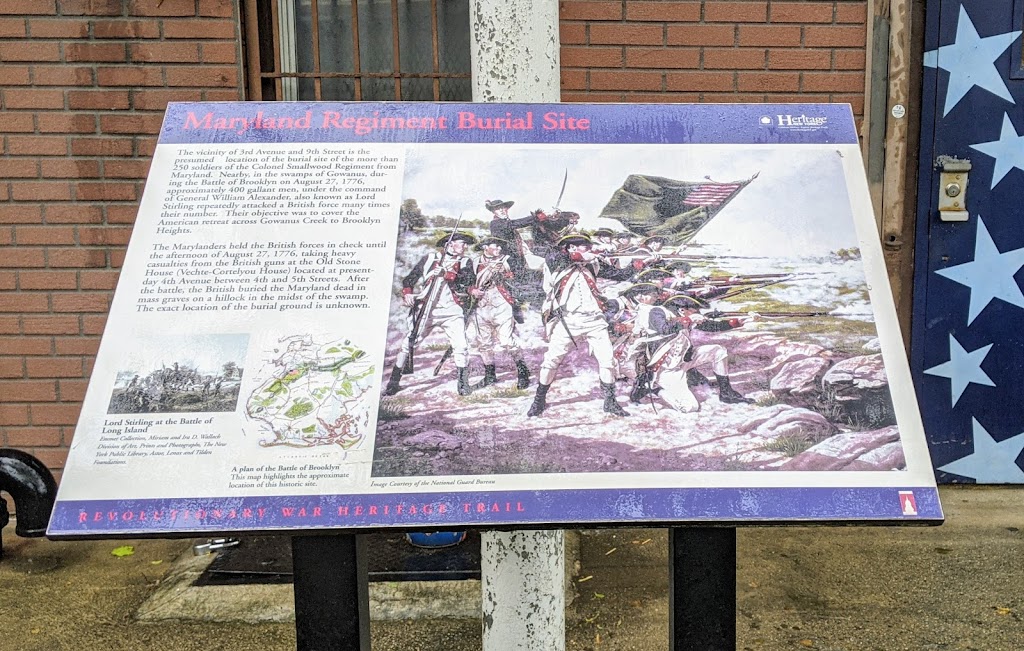 The vicinity of 3rd Avenue and 9th Street is the presumed location of the burial site of the more than 250 soldiers of the Colonel Smallwood Regiment from Maryland. Nearby, in the swamps of Gowanus, during the Battle of Brooklyn on August 27, 1776, approximately 400 gallant men, under the command of General William Alexander, also known as Lord Stirling repeatedly attacked a British force many times their number Their objective was to cover the American retreat across Gowanus Creek to Brooklyn Heights.

The Marylanders held the British forces in check until the afternoon of August 27, 1776, taking heavy casualties from the British guns at the Old Stone House (Vechte-Cortelyou House) located at present day 4th Avenue between 4th and 5th Streets. After the battle, the British buried the Maryland dead in mass graves on a hillock in the midst of the swamp. The exact location of the burial ground is unknown.