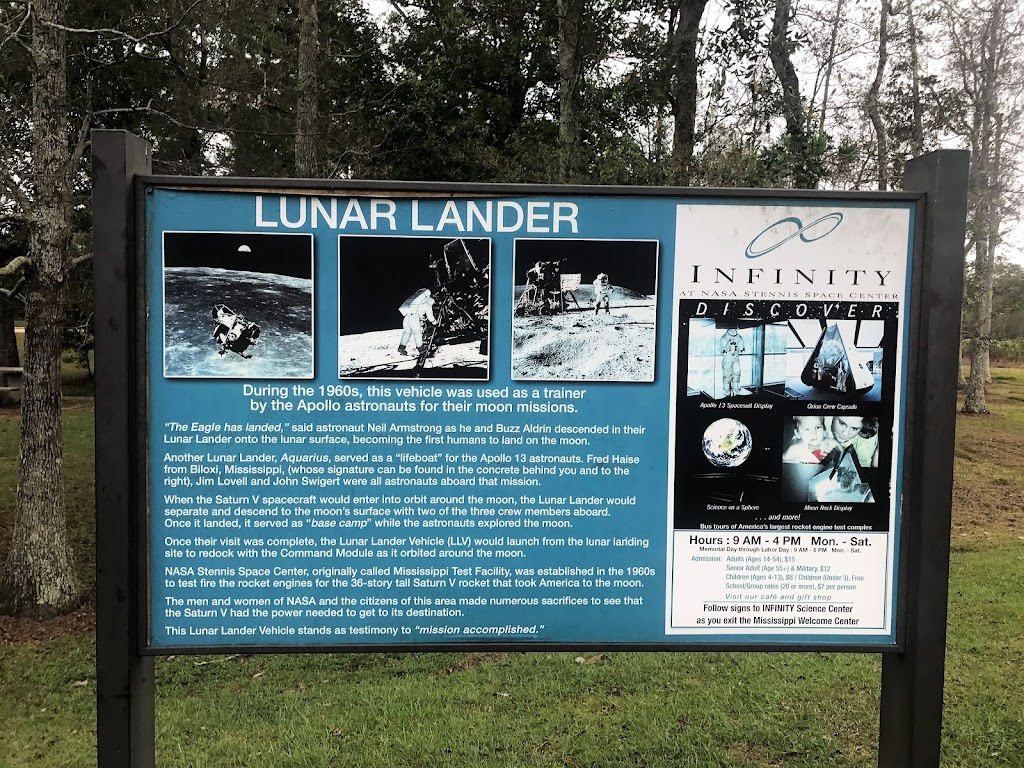 During the 1960s, this vehicle was used as a trainer
by the Apollo astronauts for their moon missions.
"The Eagle has landed," said astronaut Neil Armstrong as he and Buzz Aldrin descended in their Lunar Lander onto the lunar surface, becoming the first humans to land on the moon.

Another Lunar Lander, Aquarius, served as a "lifeboat" for the Apollo 13 astronauts. Fred Haise from Biloxi, Mississippi, (whose signature can be found in the concrete behind you and to the right), Jim Lovell and John Swigert were all astronauts aboard that mission.

When the Saturn V spacecraft would enter into orbit around the moon, the Lunar Lander would separate and descend to the moon's surface with two of the three crew members aboard. Once it landed, it served as a "base camp" while the astronauts explored the moon.

Once their visit was complete, the Lunar Lander Vehicle (LLV) would launch from the lunar landing site to redock with the Command Module as it orbited around the moon.

NASA Stennis Space Center, originally called Mississippi Test Facility, was established in the 1960s to test fire the rocket engines for the 36-story tall Saturn V rocket that took America to the moon.

The men and women of NASA and the citizens of this area made numerous sacrifices to see that the Saturn V had the power needed to get to its destination.

This Lunar Lander Vehicle stands as testimony to "mission accomplished."