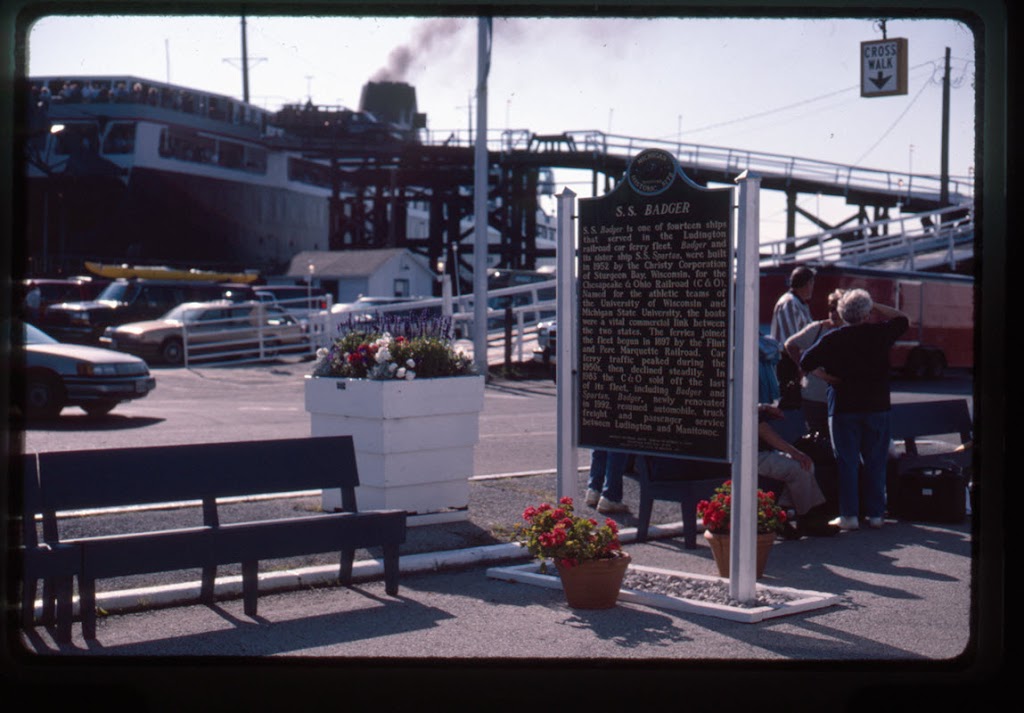 Beginning in 1875 the Flint and Pere Marquette Railroad shuttled produce, passengers and freight in wooden steamers between Ludington and ports in Wisconsin. In 1892 railroad car ferry service began on the lakes, eliminating the need to unload and load the cars before and after crossing the lake. Five years later the Pere Marquette, the first steel railroad car ferry on the Great Lakes, sailed from Ludington. The Pere Marquette could carry thirty fully loaded freight cars. By 1930 nine boats made up the Ludington fleet. During the peak season of 1955, the ferries carried 205,000 passengers, 71,000 automobiles, and 141,000 freight cars in nearly 7,000 crossings.S.S. Badger is one of fourteen ships that served in the Ludington railroad car ferry fleet. Badger and its sister ship S.S. Spartan were built in 1952 by the Christy Corporation of Sturgeon Bay, Wisconsin, for the Chesapeake and Ohio Railroad (C&O). Named for the athletic teams of the University of Wisconsin and Michigan State University, the boats were a vital commercial link between the two states. The ferries joined the fleet begun in 1897 by the Flint and Pere Marquette Railroad. Car ferry traffic peaked during the 1950s, then declined steadily. In 1983 the C&O sold off the last of its fleet, including Badger and Spartan. Badger, newly renovated in 1992, resumed automobile, truck freight, and passenger service between Ludington and Manitowoc.