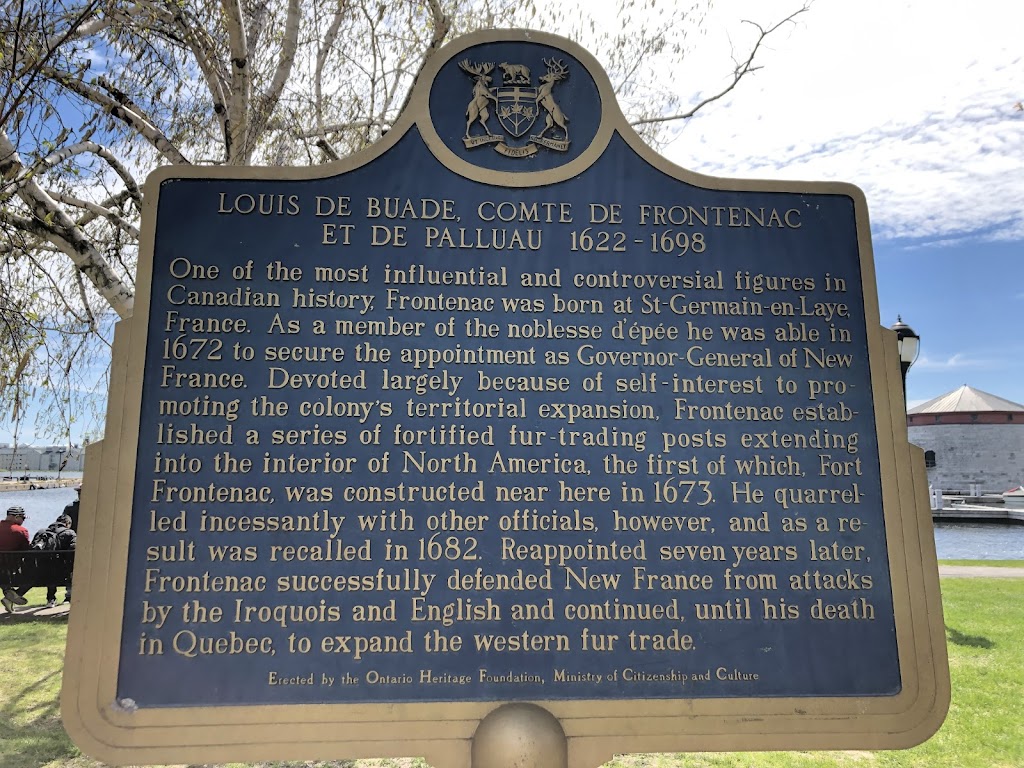 One of the most influential and controversial figures in Canadian history, Frontenac was born at St-Germain-en-Laye, France. As a member of the noblesse d'épée he was able in 1672 to secure the appointment as Governor-General of New France. Devoted largely because of self-interest to promoting the colony's territorial expansion, Frontenac established a series of fortified fur-trading posts extending into the interior of North America, the first of which, Fort Frontenac, was constructed near here in 1673. He quarrelled incessantly with other officials, however, and as a result was recalled in 1682. Reappointed seven years later, Frontenac successfully defended New France from attacks by the Iroquois and English and continued, until his death in Quebec, to expand the western fur trade.