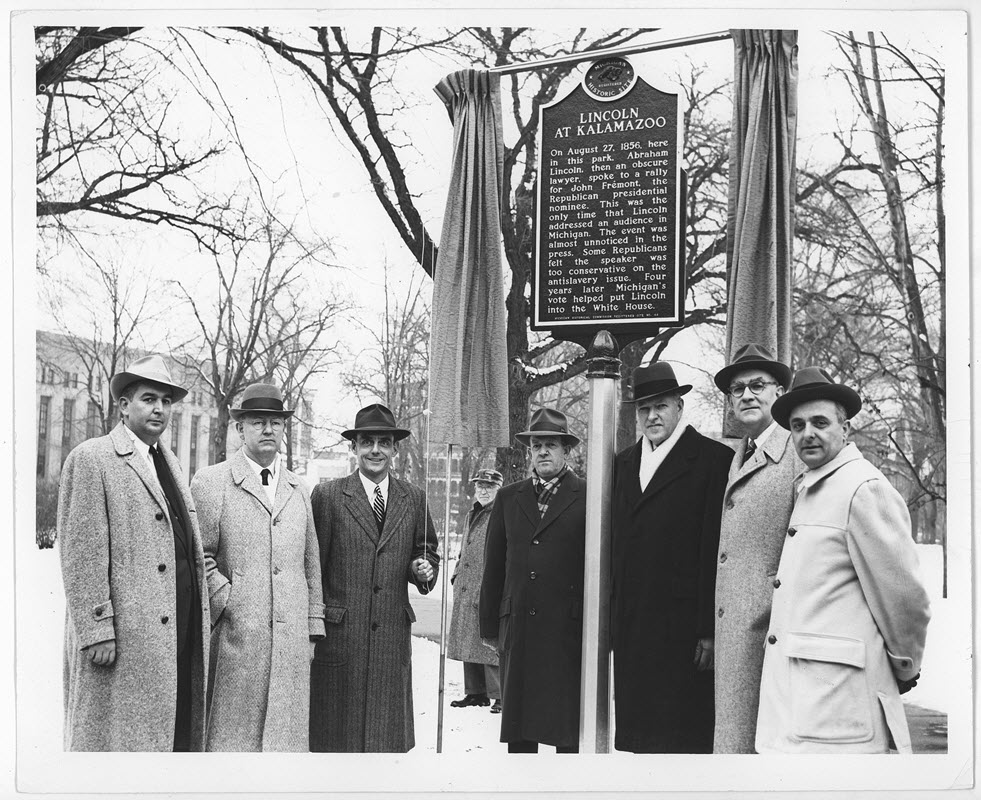 On August 27, 1856, here in this park, Abraham Lincoln, then an obscure lawyer, spoke to a rally for John Fremont, the Republican presidential nominee. This was the only time that Lincoln addressed a Michigan audience. The event was almost unnoticed in the press. Some Republicans felt the speaker was too moderate on the antislavery issue. Four years later Michigan’s vote helped put Lincoln into the White House.