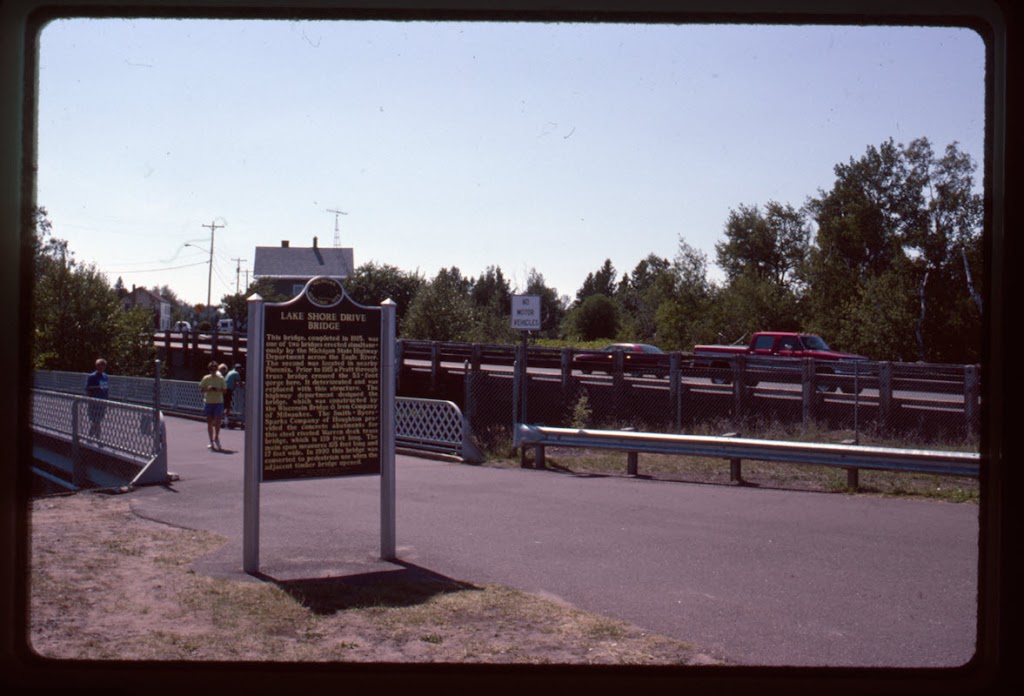 The Lake Shore and Michigan Southern Railway organized on May 27, 1869. The railroad’s main line linked Buffalo, New York, with Chicago. The railroad played a vital role in transporting not only passengers, but also the materials that fed the nation’s burgeoning industries. Between 1873 and 1898, the L.S. & M.S. handled over 6 million tons of coal and 15 million tons of ore. The railway merged with the New York Central in 1914.This bridge, built in 1871-72 of sandstone from Berea, Ohio, crosses Bean Creek on the main line of the Lake Shore and Michigan Southern Railway. The span of the arch measures 60 feet. By 1892, of 223 bridges over 1413 miles of track along the line, only 22 were built of stone. Stone arch bridges are rare in Michigan. This bridge and one near Adrian are the state’s oldest examples. The bridge was removed from rail service in 1962.