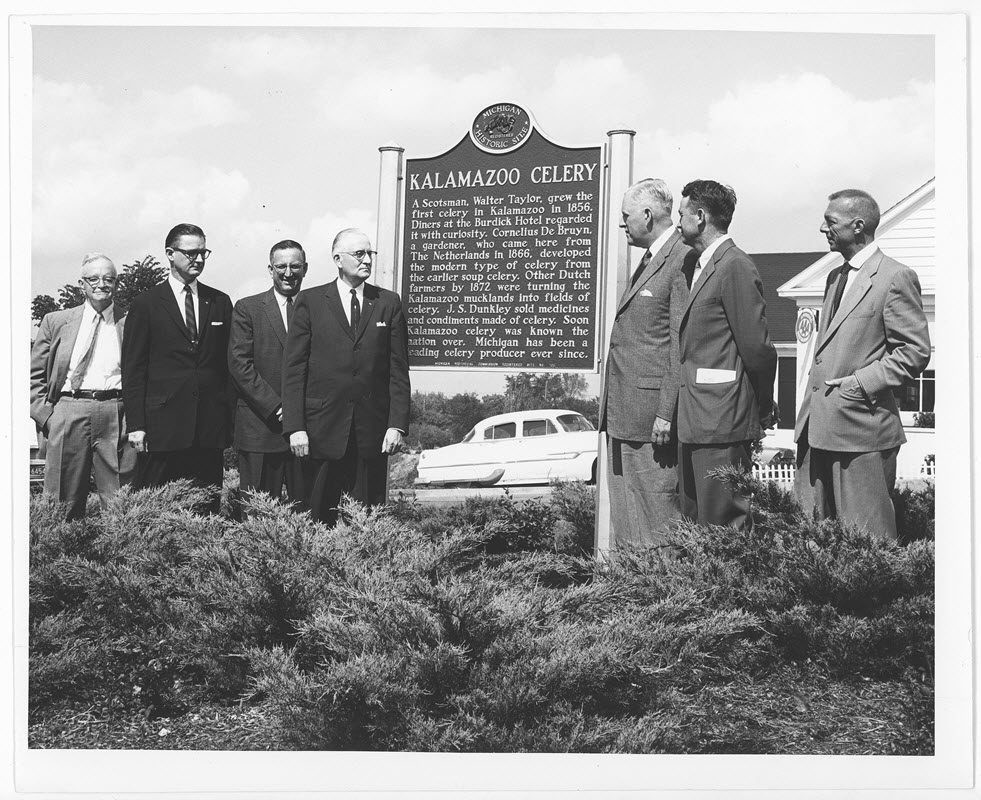 A Scotsman named Taylor grew the first celery in Kalamazoo in 1856. Diners at the Burdick Hotel regarded it with curiosity. Cornelius De Bruyn, a gardener, who came here from the Netherlands in 1866, developed the modern type of celery from the earlier soup celery. Other Dutch farmers by 1872 were turning the Kalamazoo mucklands into fields of celery. J. S. Dunkley sold medicines and condiments made of celery. Soon Kalamazoo celery was known the nation over. Michigan has been a leading celery producer ever since.