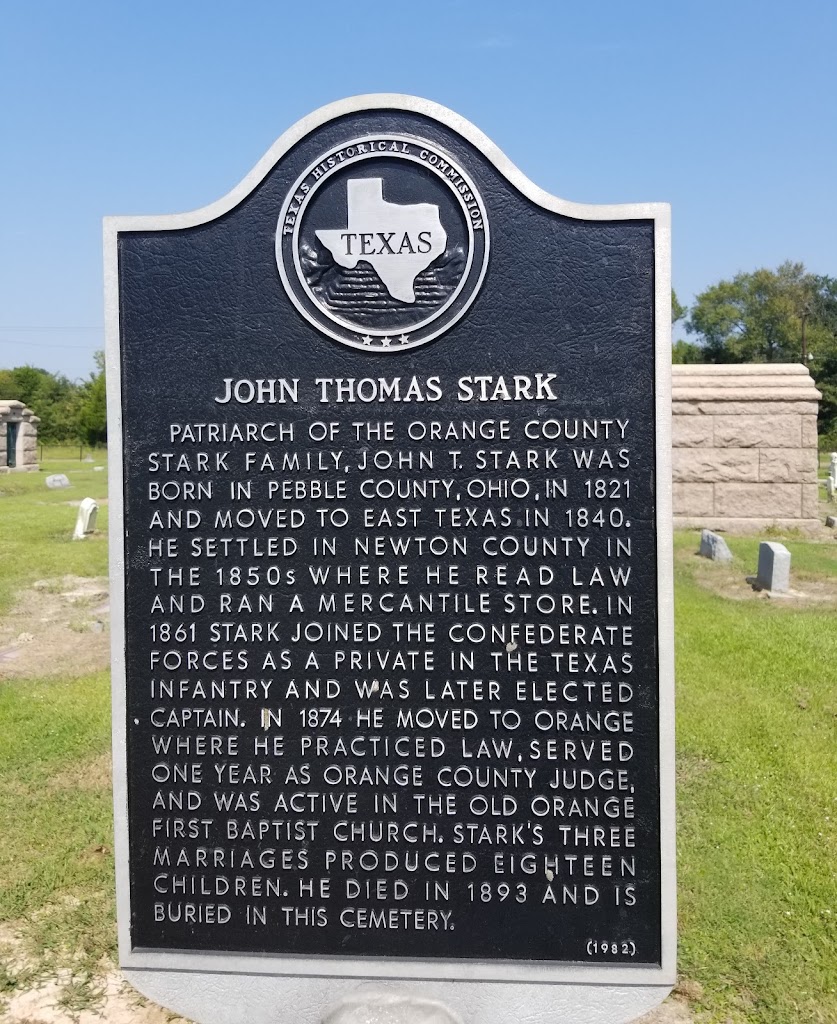 Patriarch of the Orange County Stark family, John T. Stark was born in Pebble  County, Ohio, in 1821 and moved to East Texas in 1840. He settled in Newton County in the 1850s where he read law and ran a mercantile store. In 1861 Stark joined the Confederate forces as a private in the Texas infantry and was later elected captain. In 1874 he moved to Orange where he practiced law, served one year as Orange County judge, and was active in the old Orange First Baptist Church. Stark's three marriages produced eighteen children. He died in 1893 and is buried in this cemetery.