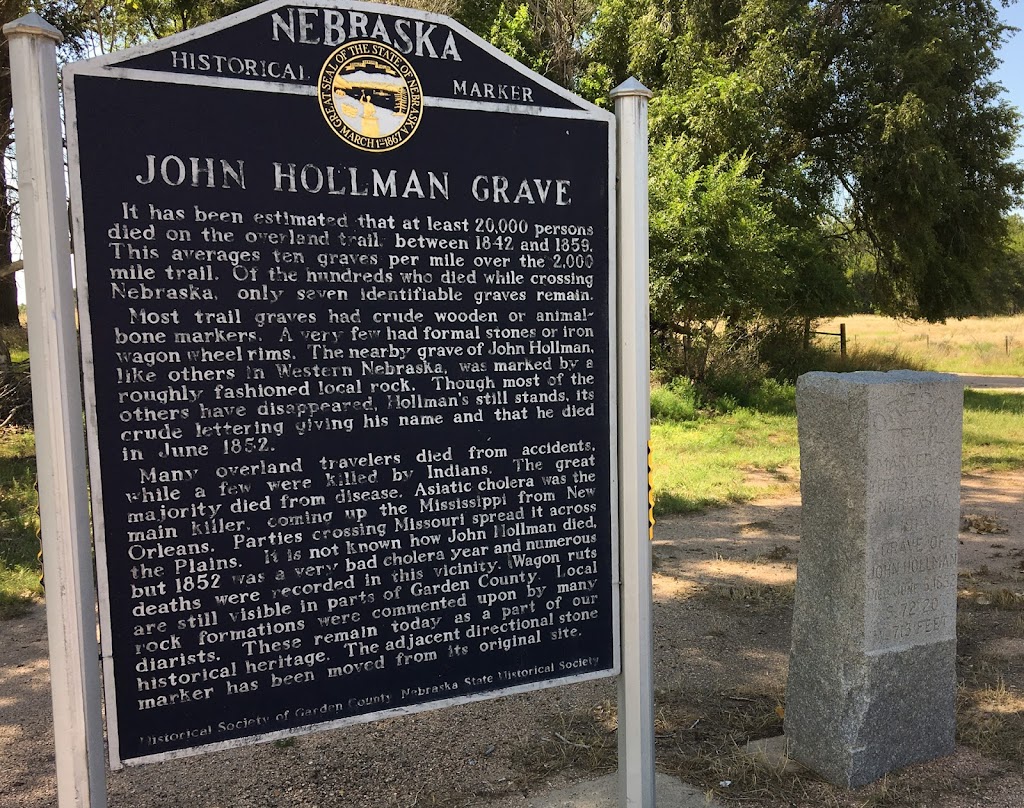 Marker is on Nebraska Highway 27, just south of the town of Oskosh and the North Platte River. For reference: about 125 miles east of Cheyenne, Wyoming, and 85 miles west-northwest of North Platte, Nebraska.

It has been estimated that at least 20,000 persons died on the overland trail between 1847 and 1859. This averages ten graves per mile over the 2,000 mile trail. Of the hundreds who died while crossing Nebraska, only seven identifiable graves remain.

Most trail graves had crude wooden or animal bone markers. A very few had formal stones or iron wagon wheel rims. The nearby grave of John Hollman, like others in Western Nebraska, was marked by a roughly fashioned local rock. Though most of the others have disappeared, Hollman’s still stands, its crude lettering giving his name and that he died in June 1852.

Many overland travelers died from accidents while a few were killed by Indians. The great majority died from disease. Asiatic cholera was the main killer coming up the Mississippi from New Orleans. Parties crossing the Missouri spread it across the Plains. It is not known how John Hollman died, but 1852 was a very bad cholera year and numerous deaths were recorded in this vicinity. Wagon ruts are still visible in parts of Garden County. Local rock formations were commented upon by many diarists. These remain today as a part of our historical heritage. The adjacent directional stone market has been moved from its original site.