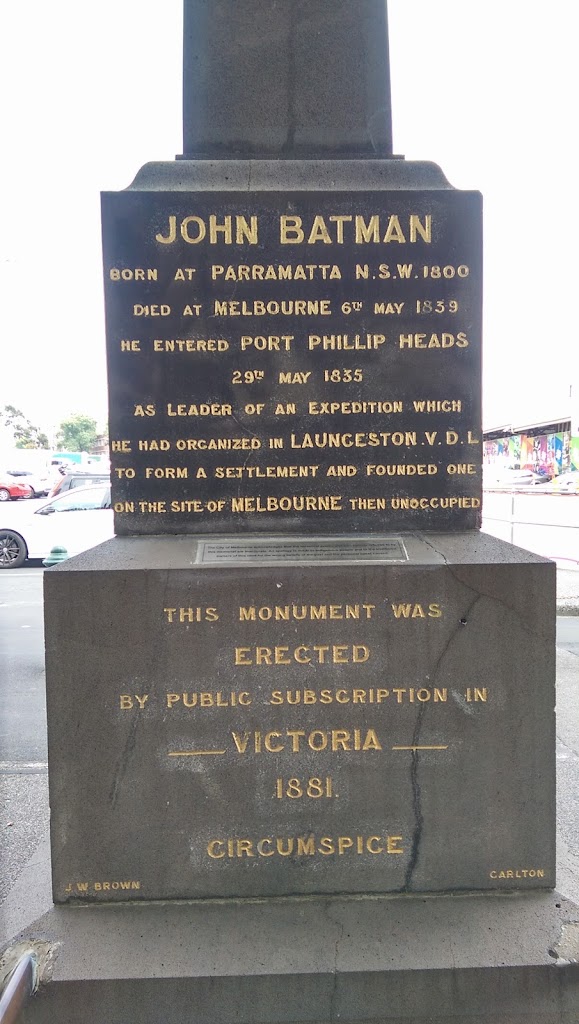 As leader of an expedition which

to form a settlement and founded one

on this site of Melbourne then unoccupied

by public subscription in

Things to note:  Melbourne is called Melbourne and not Batman - aren't we glad.

The site was not unoccupied, the locals had been here over 40,000 years,  white settlement had a disastrous impact on their lives and culture.

Circumspice is Latin for something along the lines if you want to see his monument, look around you.  (i.e. Melbourne is his monument)