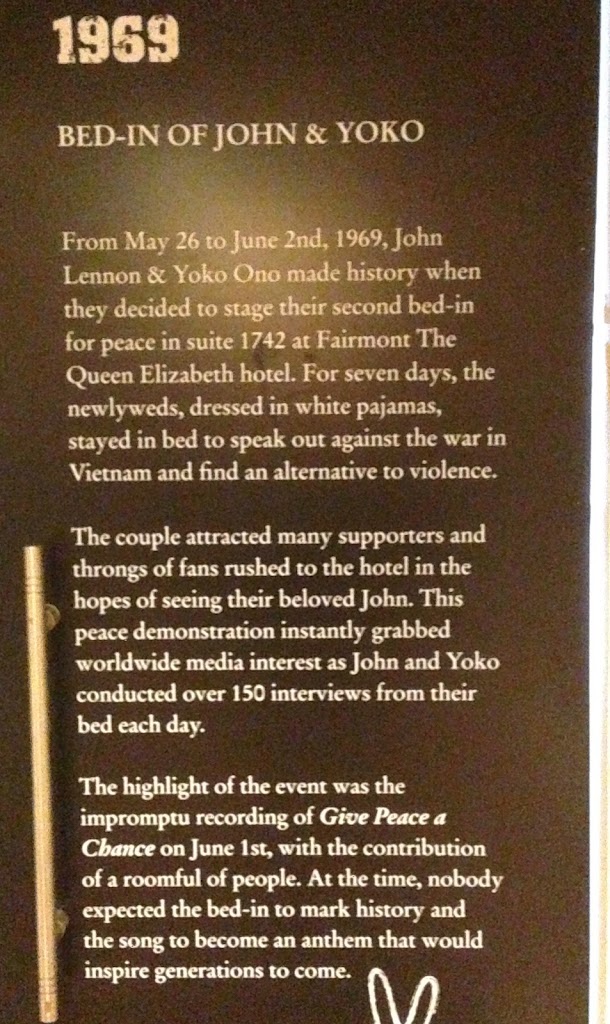 From May 26 to June 2nd, 1969, John Lennon & Yoko Ono made history when they decided to stage their second bed-in for peace in suite 1742 at Fairmont The Queen Elizabeth Hotel. For seven days, the newlyweds, dressed in white pajamas, stayed in bed to speak out against the war in Vietnam and find an alternative to violence.

The couple attracted many supporters and throngs of fans rushed to the hotel in the hopes of seeing their beloved John. This peace demonstration instantly grabbed worldwide media interest as John and Yoko conducted over 150 interviews from their bed each day.

The highlight of the event was the impromptu recording of Give Peace a Chance on June 1st, with the contribution of a roomful of people. At the time, nobody expected the bed-in to mark history and the song to become an anthem that would inspire generations to come.