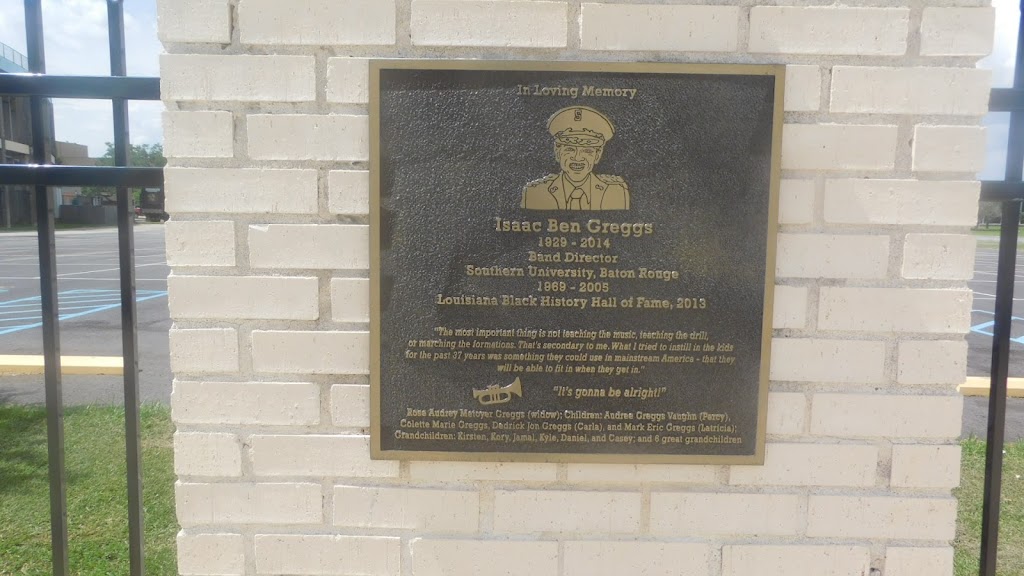 Isaac Ben Greggs
1929-2014 Band Director Southern University, Baton Rouge 1969-2005 Louisiana Black History Hall of Fame, 2013"The most important thing is not teaching the music, teaching the drill,or marching the formations. That's secondary to me. What I tried to instill in the kidsfor the past 37 years was something they could use in mainstream America - that theywill be able to fit in when they get in."
"It's gonna be alright!"
Rose Audrey Metoyer Greggs (widow); Children: Andree Greggs Vaughn (Percy),Colette Marie Greggs, Dedrick Jon Greggs (Carla), and Mark Eric Greggs (Latricia);Grandchildren: Kirsten, Kory, Jamal, Kyle, Daniel, and Casey; and 6 great grandchildren