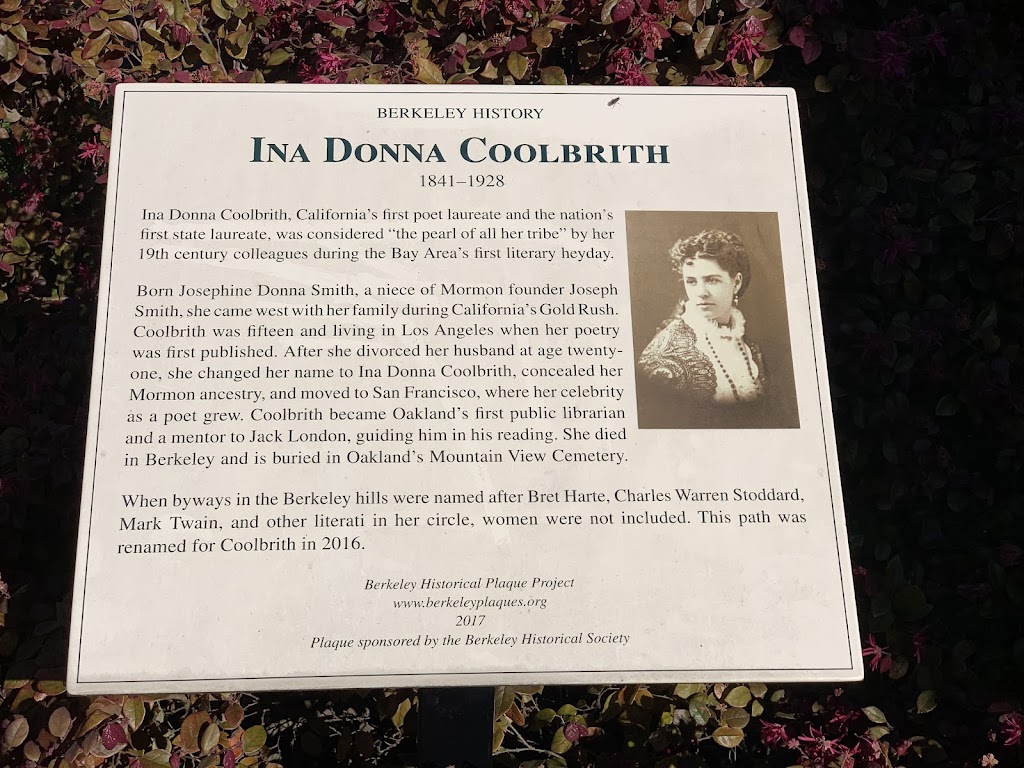 BERKELEY HISTORY
INA DONNA COOLBRITH
1841-1928
Ina Donna Coolbrith, California's first poet laureate and the nation's
first state laureate, was considered "the pearl of all her tribe" by her
19th century colleagues during the Bay Area's first literary heyday.
Born Josephine Donna Smith, a niece of Mormon founder Joseph
Smith, she came west with her family during California's Gold Rush.
Coolbrith was fifteen and living in Los Angeles when her poetry
was first published. After she divorced her husband at age twenty-
one, she changed her name to Ina Donna Coolbrith, concealed her
Mormon ancestry, and moved to San Francisco, where her celebrity
as a poet grew. Coolbrith became Oakland's first public librarian
and a mentor to Jack London, guiding him in his reading. She died
in Berkeley and is buried in Oakland's Mountain View Cemetery.
When byways in the Berkeley hills were named after Bret Harte, Charles Warren Stoddard,
Mark Twain, and other literati in her circle, women were not included. This path was
renamed for Coolbrith in 2016.
Berkeley Historical Plaque Project
www.berkeleyplaques.org
2017
Plaque sponsored by the Berkeley Historical Society