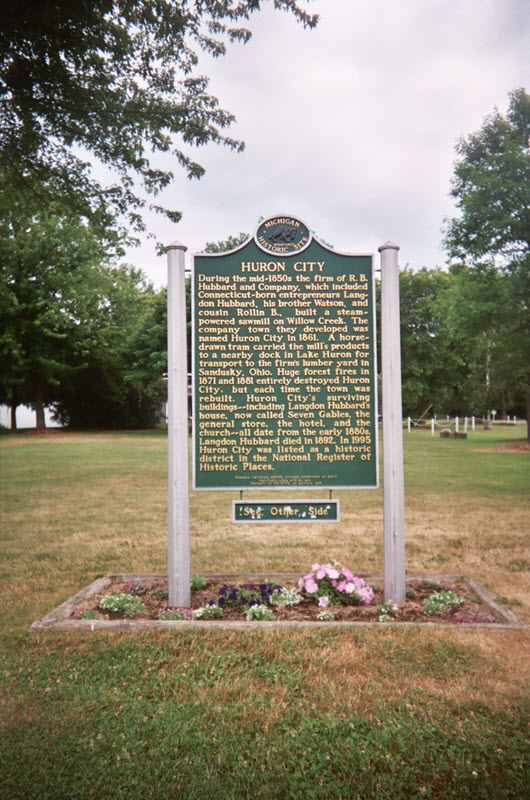 During the mid-1850s the firm of R. B. Hubbard and Company, which included Connecticut-born entrepreneurs Langdon Hubbard, his brother Watson, and cousin Rollin B., built a steam-powered sawmill on Willow Creek. The company town they developed was named Huron City in 1861. A horse-drawn tram carried the mill’s products to a nearby dock in Lake Huron for transport to the firm’s lumber yard in Sandusky, Ohio. Huge forest fires in 1871 and 1881 entirely destroyed Huron City, but each time the town was rebuilt. Huron City’s surviving buildings--including Langdon Hubbard’s house, now called Seven Gables, the general store, the hotel, and the church--all date from the early 1880s. Langdon Hubbard died in 1892. In 1995 Huron City was listed as a historic district in the National Register of Historic Places.William Lyon Phelps married Langdon Hubbard’s daughter Annabel in 1892. Until 1938 the Phelpses spent most summers at Seven Gables. Phelps, the Lampson Professor of English Literature at Yale University until his retirement in 1933, had a national following for four decades as an author, a critic, and a lecturer. He did much of his writing at Seven Gables and was the summer minister at the Huron City Church. In 1939 Phelps turned the town over to his niece Carolyn Hubbard Parcells. She and her husband, Charles A. Parcells Sr., established the William Lyon Phelps Foundation in 1946 to preserve Huron City. The foundation built the brick museum in 1952, and restored the store, the hotel, and the church during the 1950s. The Point aux Barques Life-Saving Station building was moved to Huron City in 1964 to preserve it. 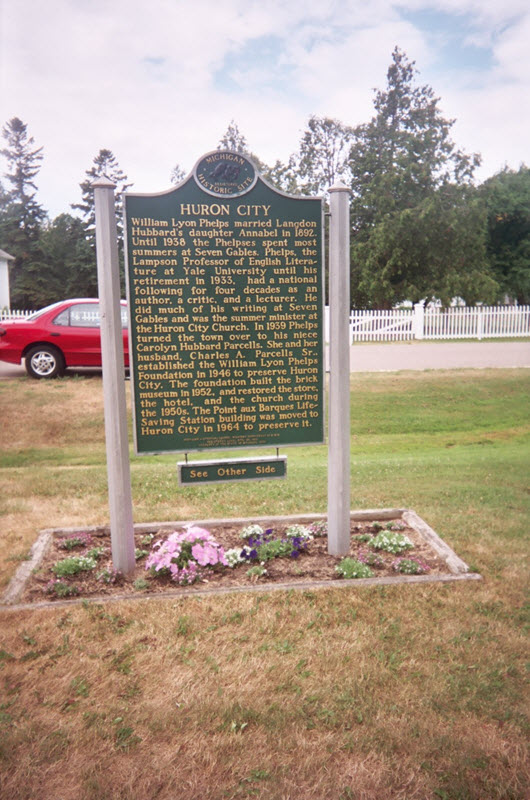