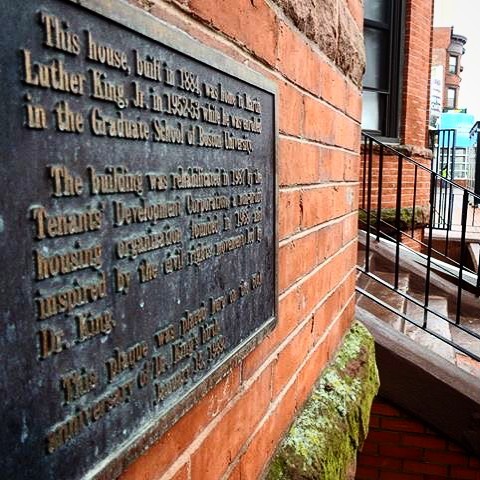 This house, built in 1884, was the home of Martin Luther King, Jr. in 1952-53 while he was enrolled in the Graduate School of Boston University.

The building was rehabilitated in 1987 by the Tenants Development Corporation, a non-profit housing organization founded in 1968 and inspired by the civil rights movement led by Dr King.

This plaque was placed here in the 60th anniversary of Dr King’s birth. January 15, 1989