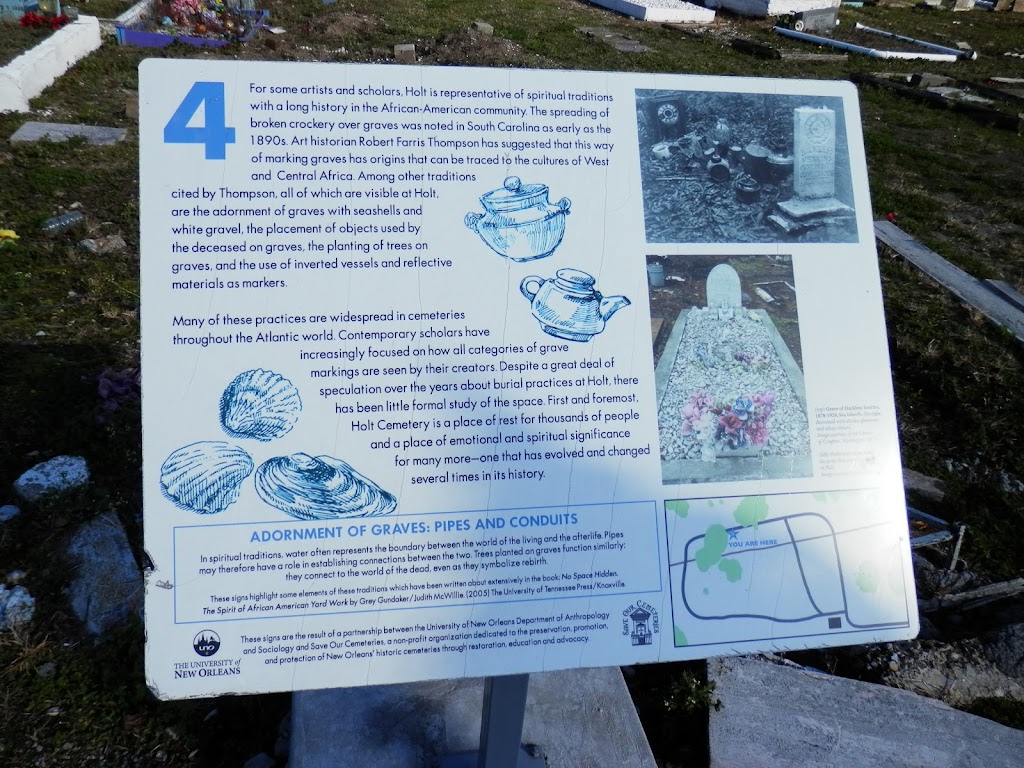 For some artists and scholars, Holt is representative of spiritual traditions with a long history in the African-American community. The spreading of broken crockery over graves was noted in South Carolina as early as the 1890s. Art historian Robert Farris Thompson has suggested that this way of marking graves has origins that can be traced to the cultures of West and Central Africa. Among other traditions cited by Thompson, all of which are visible at Holt, are the adornment of graves with seashells and white gravel, the placement of objects used by the deceased on graves, the planting of trees on graves, and the use of inverted vessels and reflective materials as markers.

Many of these practices are widespread in cemeteries throughout the Atlantic world. Contemporary scholars have increasingly focused on how all categories of grave markings are seen by their creators. Despite a great deal of speculation over the years about burial practices at Holt, there has been little formal study of the space. First and foremost, Holt Cemetery is a place of rest for thousands of people and a place of emotional and spiritual significance for many more-one that has evolved and changed several times in its history.
Adornment Of Graves: Pipes And Conduits
In spiritual traditions, water often represents the boundary between the world of the living and the afterlife. Pipes may therefore have a role in establishing connections between the two. Trees planted on graves function similarly: they connect to the world of the dead, even as they symbolize rebirth.