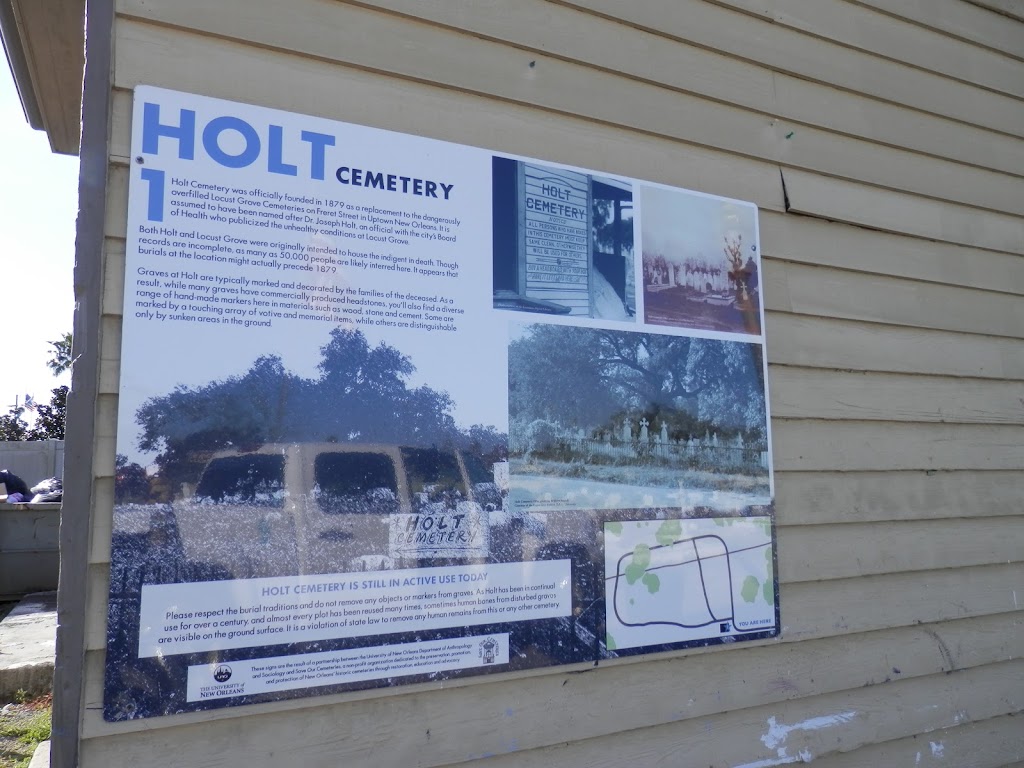 Holt Cemetery was officially founded in 1879 as a replacement to the dangerously overfilled Locust Grove Cemeteries on Freret Street in Uptown New Orleans. It is assumed to be named after Dr. Joseph Holt, an official with the city's Board of Health who publicized the unhealthy conditions of Locust Grove.

Both Holt and Locust Grove were originally intended to house the indigent in death. Though records are incomplete, as many as 50,000 people are likely interred here. It appears that burials at this location might actually precede 1879.

Graves at Holt are typically marked and decorated by the families of the deceased. As a result, while many graves have commercially produced headstones, you'll also find a diverse range of hand-made markers here in materials such as wood, stone and cement. Some are marked by a touching array of votive and memorial items, while others are distinguishable only by sunken areas in the ground.

Holt Cemetery is still in active use today
Please respect the burial traditions and do not remove any objects of markers from graves. As Holt has been in continual use for over a century, and almost every plot has been reused many times, sometimes human bones from disturbed graves are visible on the ground surface. It is a violation of state law to remove any human remains from this or any other cemetery.

These signs are the result of a partnership between the University of New Orleans Department of Anthropology and Sociology and Save Our Cemeteries, a non-profit organization dedicated to the preservation, promotion and protection of New Orleans' historic cemeteries through restoration, education and advocacy.