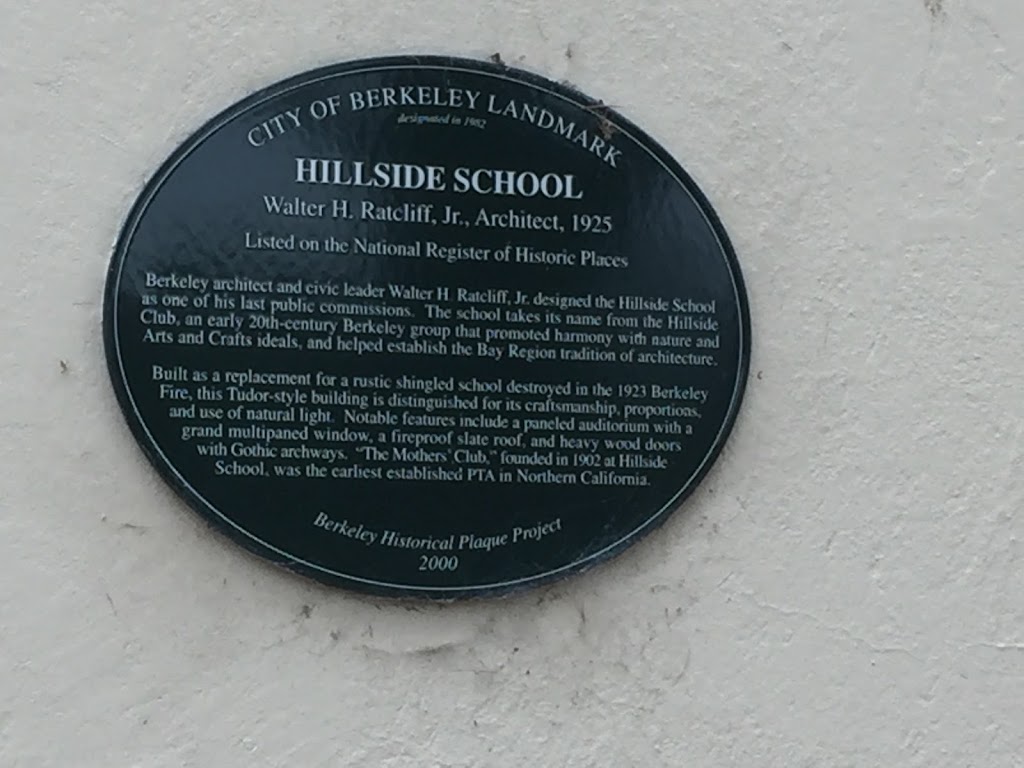 CITY OF BERKELEY LANDMARK
designated in 1982

Berkeley architect and civic leader Walter H. Ratcliff, Jr. designed the Hillside School as one of his last public commissions. The school takes its name from the Hillside Club, an early 20th century Berkeley group that promoted harmony with nature and Arts and Crafts ideals and helped establish the Bay Region tradition of architecture.

Built as a replacement for a rustic shingled school destroyed in the 1923 Berkeley Fire, this Tudor-style building is distinguished for its craftsmanship, proportions, and use of natural light. Notable features include a paneled auditorium with a grand multipaned window, a fireproof slate roof, and heavy wood doors with Gothic archways. "The Mothers' Club," founded in 1902 at the Hillside School, was the the earliest established PTA in Northern California.