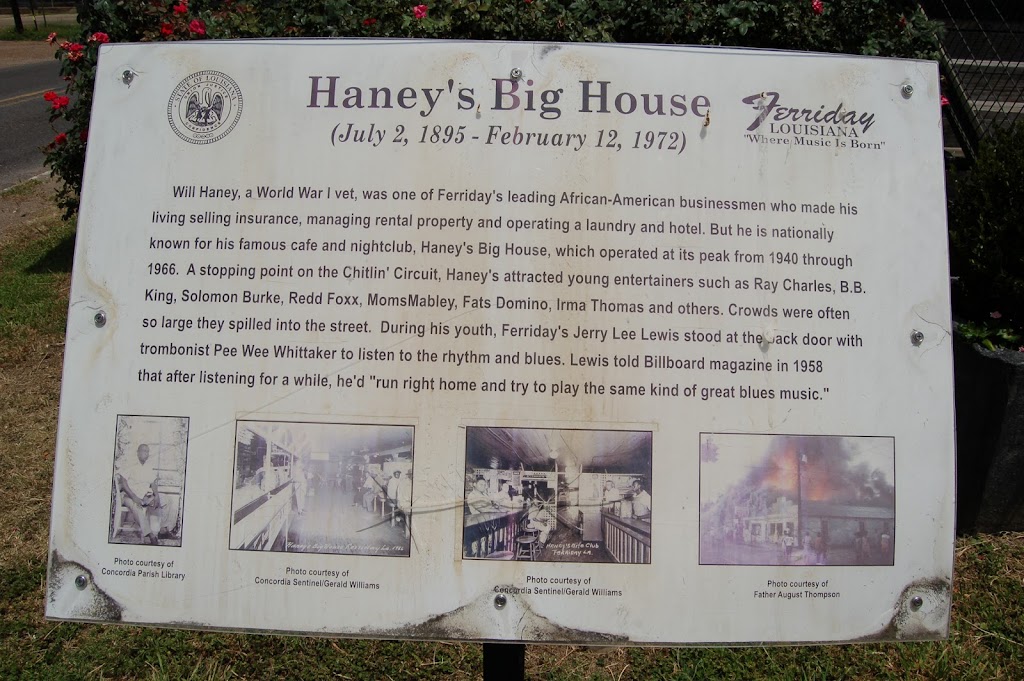 Will Haney, a World War I vet, was one of Ferriday's leading African-American businessmen who made his living selling insurance, managing rental property and operating a laundry and hotel. But he is nationally known for his famous cafe and nightclub, Haney's Big House, which operated at its peak from 1940 through 1966. A stopping point on the Chittlin' Circuit, Haney's attracted young entertainers such as Ray Charles, B.B. King, Solomon Burke, Redd Foxx, MomsMabley, Fats Domino, Irma Thomas and others. Crowds were often so large they spilled into the street. During his youth, Ferriday's Jerry Lee Lewis stood at the back door with trombonist Pee Wee Whittaker to listen to the rhythm and blues. Lewis told Billboard magazine in 1958 that after listening for a while, he'd "run home and try to play the same same kind of great blues music."