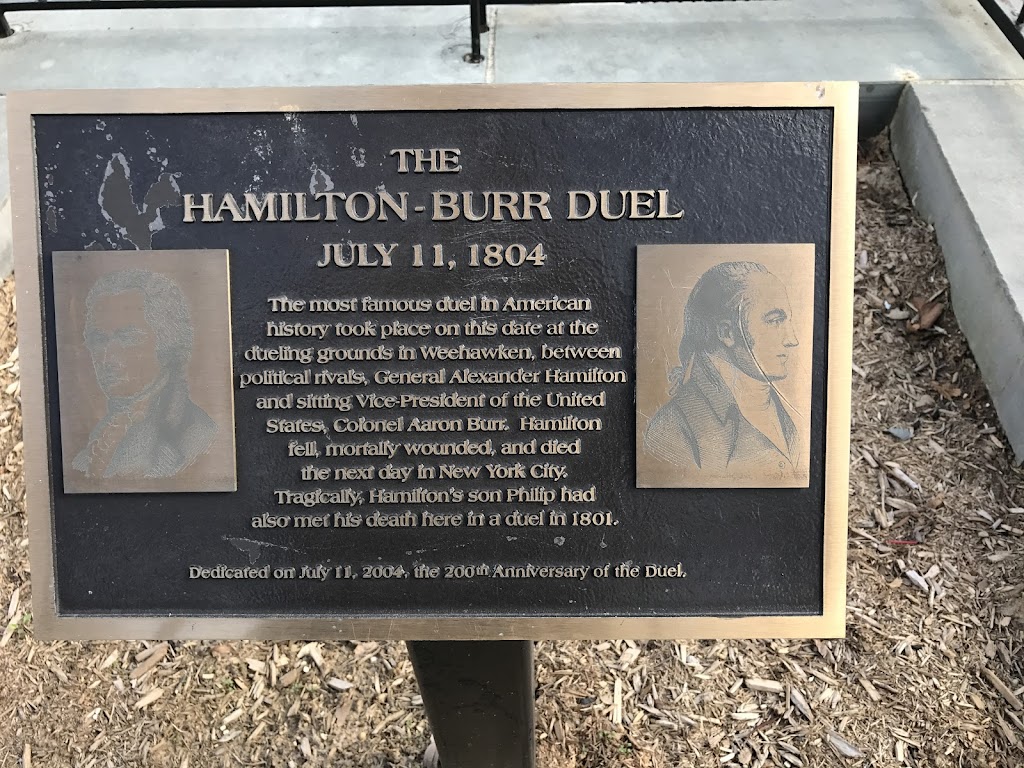 The most famous duel in American history took place on this date at the dueling grounds in Weehawken, between political rivals, General Alexander Hamilton and sitting Vice-President of the United States, Colonel Aaron Burr.  Hamilton fell, mortally wounded, and died the next day in New York City.  Tragically, Hamilton's son Philip had also met his death here in a duel in 1801.