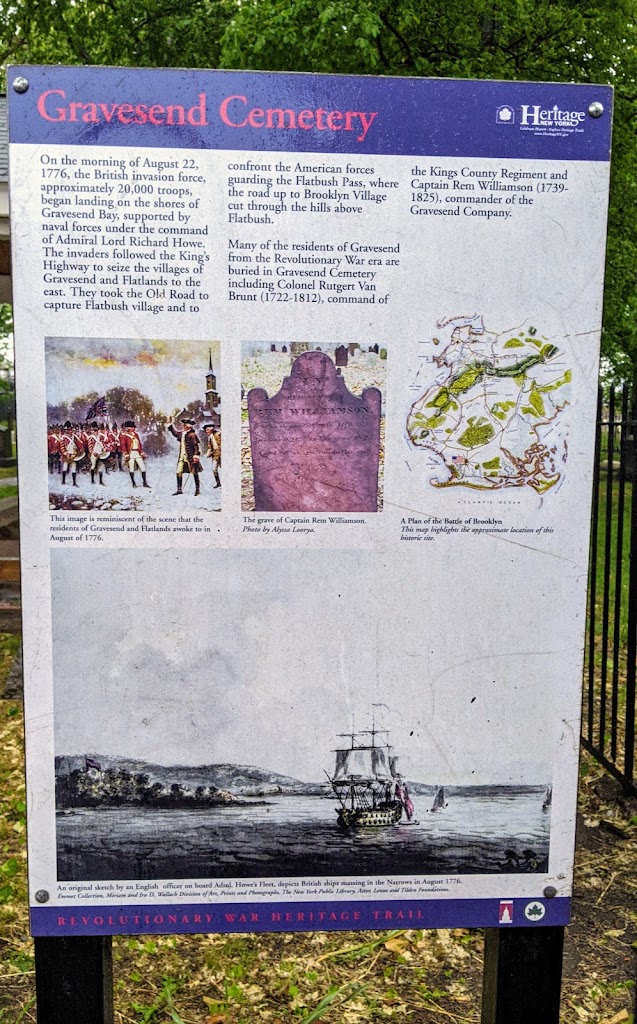 On the morning of August 22, 1776, the British invasion force, approximately 20,000 troops, began landing on the shores of Gravesend Bay, supported by naval forces under the command of Admiral Lord Richard Howe. The invaders followed the King's Highway to seize the villages of Gravesend and Flatlands to the east. They took the Old Road to capture Flatbush village and to confront the American forces guarding the Flatbush Pass, where the road up to Brooklyn Village cut through the hills above Flatbush.

Many of the residents of Gravesend from the Revolutionary War era are buried in Gravesend Cemetery including Colonel Rutgert Van Brunt (1722-1812), command of the Kings County Regiment and Captain Rem Williamson (1739-1825), commander of the Gravesend Company.