Grant Parish and Town of Colfax 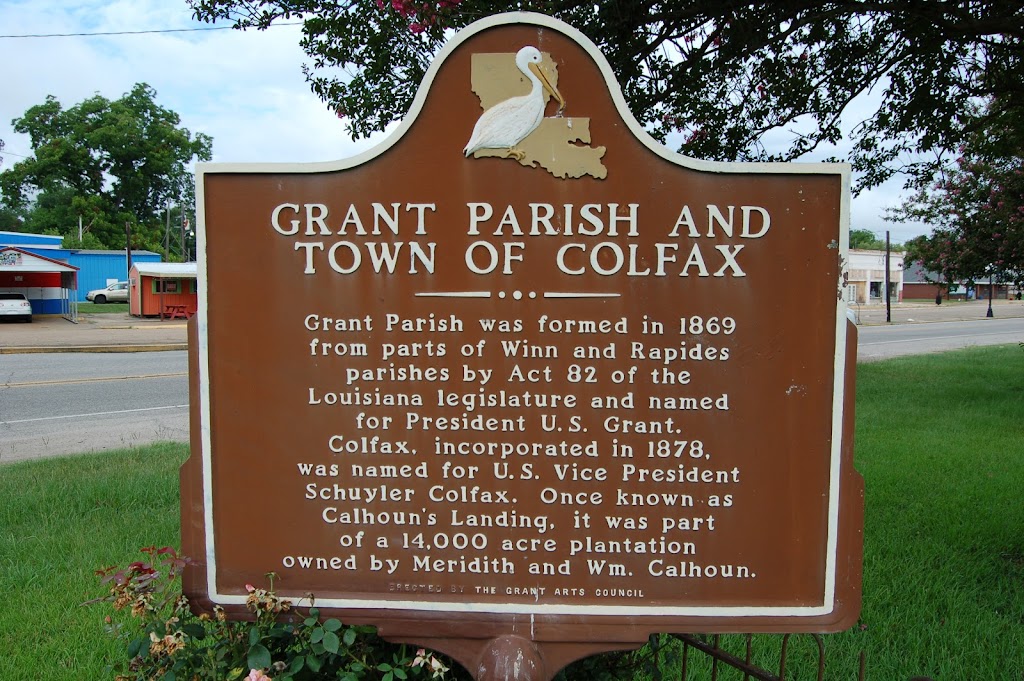 Grant Parish was formed in 1869 from parts of Winn and Rapides parishes by Act 82 of the Louisiana legislature and named for President U.S. Grant.

Colfax, incorporated in 1878, was named for Vice President Schuyler Colfax. Once known as Calhoun's Landing, it was part of a 14,000 acre plantation owned by Meridith and Wm. Calhoun.