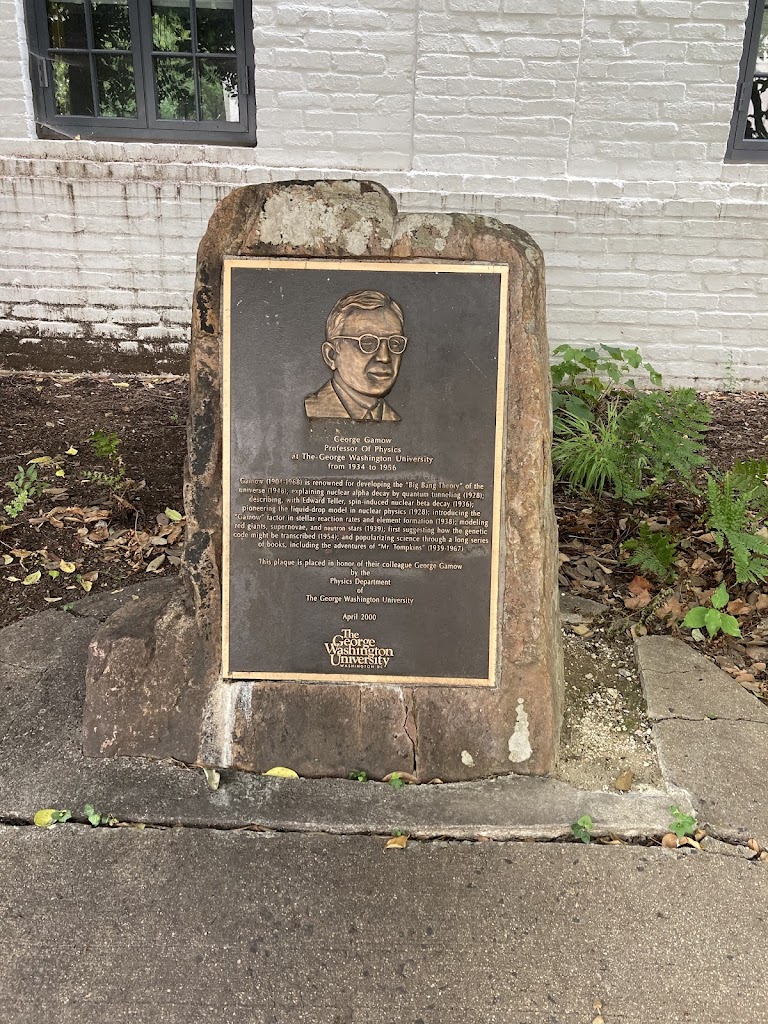 George Gamow
Professor of physics
The George Washington University
From 1934 to 1956
Gamow (1904-1968)  is renowned for developing the “Big Bang Theory” of the universe (1948), explaining nuclear alpha decay by quantum tunneling (1928); introducing the “Gamow” factor in stellar reaction rates and element formation (1938); modeling red giants, supernovae, and neutron stars (1939); first suggesting how the genetic code might be transcribed (1954); and popularizing science through a long series of books, including the adventures of “Mr. Tompkins” (1939-1967)
This plaque is placed in honor of their colleague George Gamow by the physics department of the George Washington University
April 2000
Submitted by
Bryan Arnold
@nanowhiskers