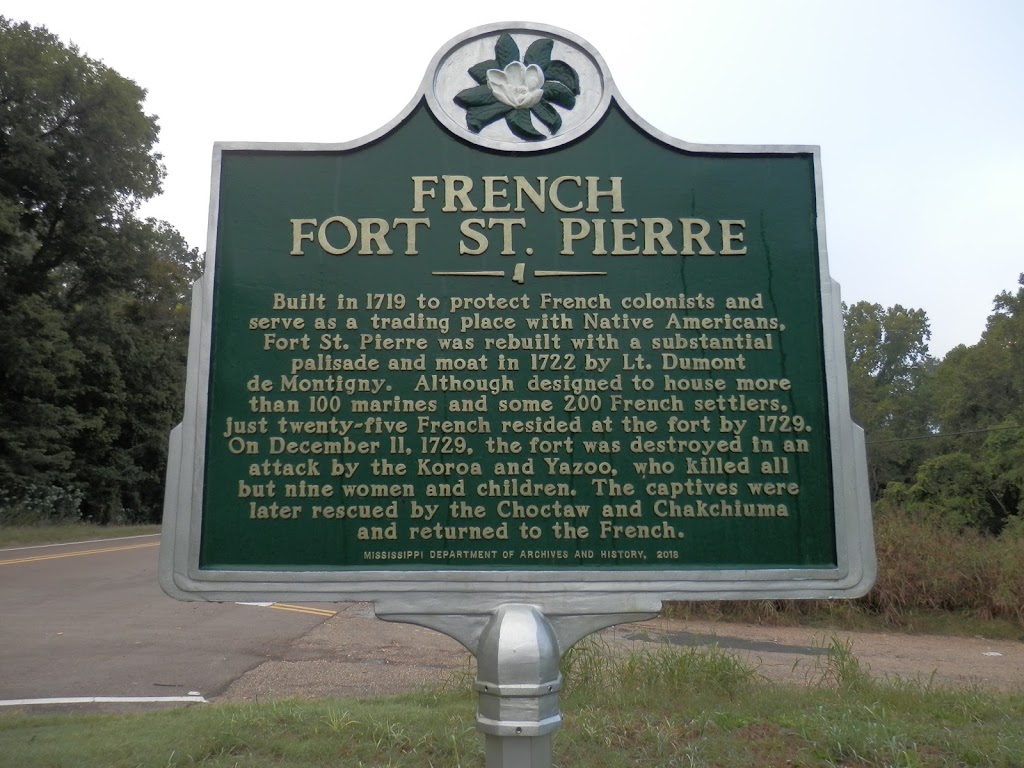 Built in 1719 to protect French colonists and serve as a trading place with Native Americans, Fort St. Pierre was rebuilt with a substantial palisade and moat in 1722 by Lt. Dumont de Montigny. Although designed to house more than 100 marines and some 200 French settlers, just twenty-five French resided at the fort by 1729. On December 11, 1729, the fort was destroyed in an attack by the Koroa and Yazoo, who killed all but nine women and children. The captives were later rescued by the Choctaw and Chakchiuma and returned to the French.