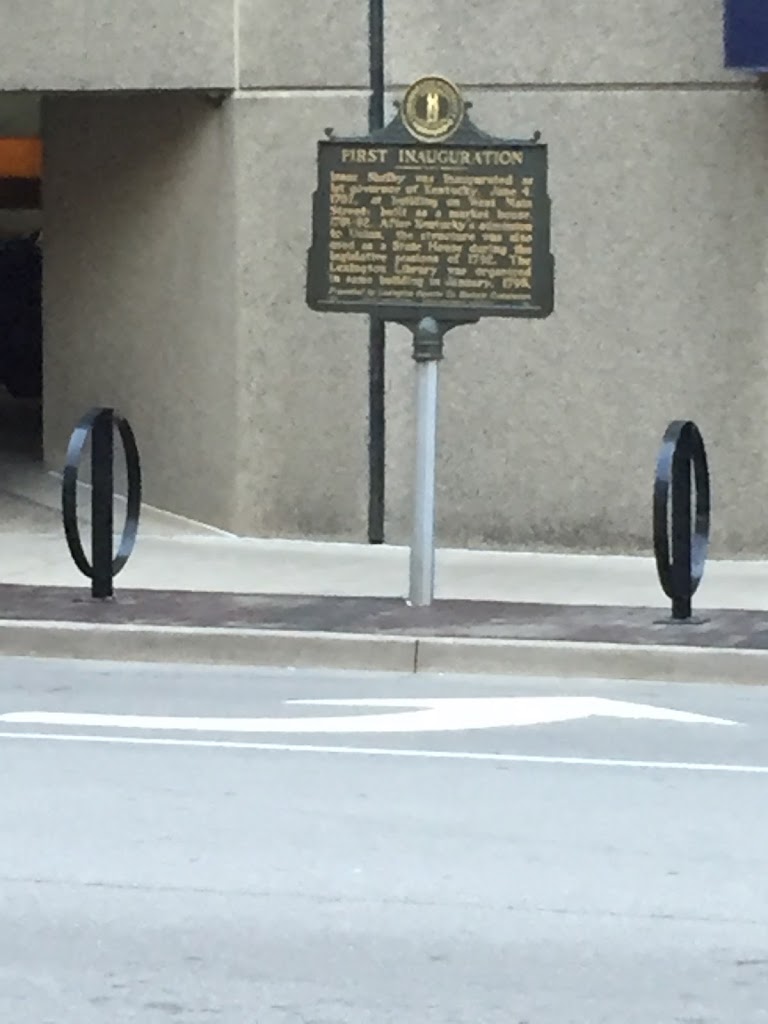 Isaac Shelby was inaugurated as the first governor of Kentucky, June 4, 1792, at building on West Main Street; built as a market house, 1791-92. After Kentucky's admission to Union, the structure was also used as a State House during the legislative sessions of 1792. The Lexington Library was organized in same building in January, 1795.