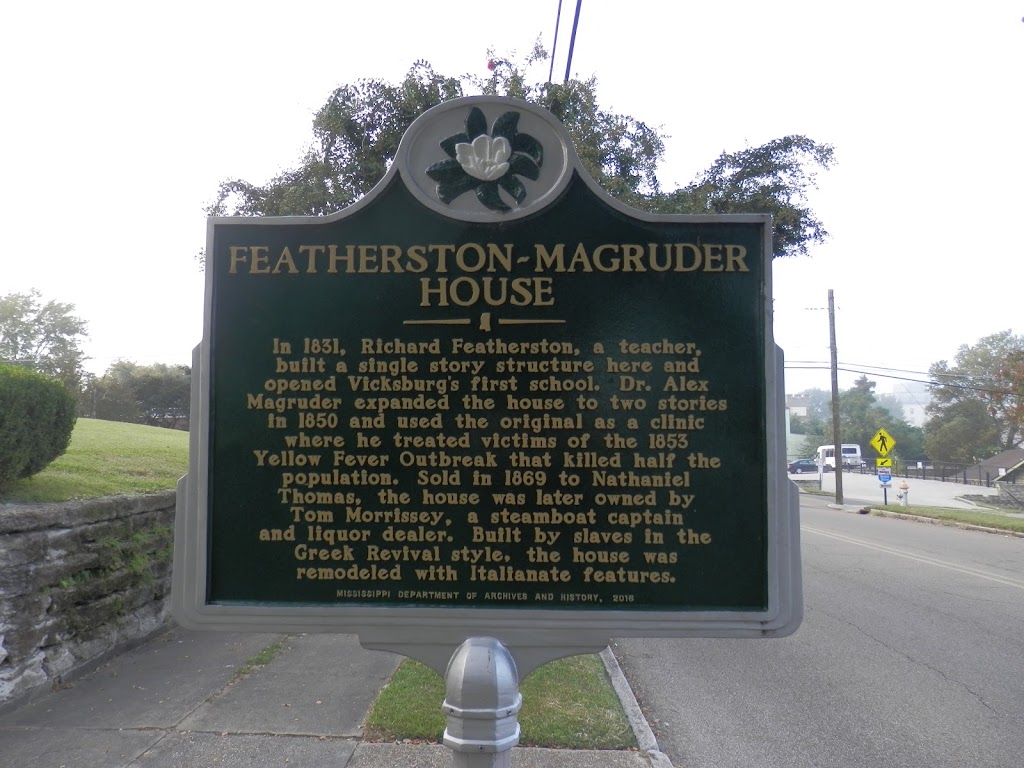 In 1831, Richard Featherston, a teacher, built a single story structure here and opened Vicksburg's first school. Dr. Alex Magruder expanded the house to two stories in 1850 and used the original as a clinic where he treated victims of the 1853 Yellow Fever Outbreak that killed half the population. Sold in 1869 to Nathaniel Thomas, the house was later owned by Tom Morrissey, a steamboat captain and liquor dealer. Built by slaves in the Greek Revival style, the house was remodeled with Italianate features.