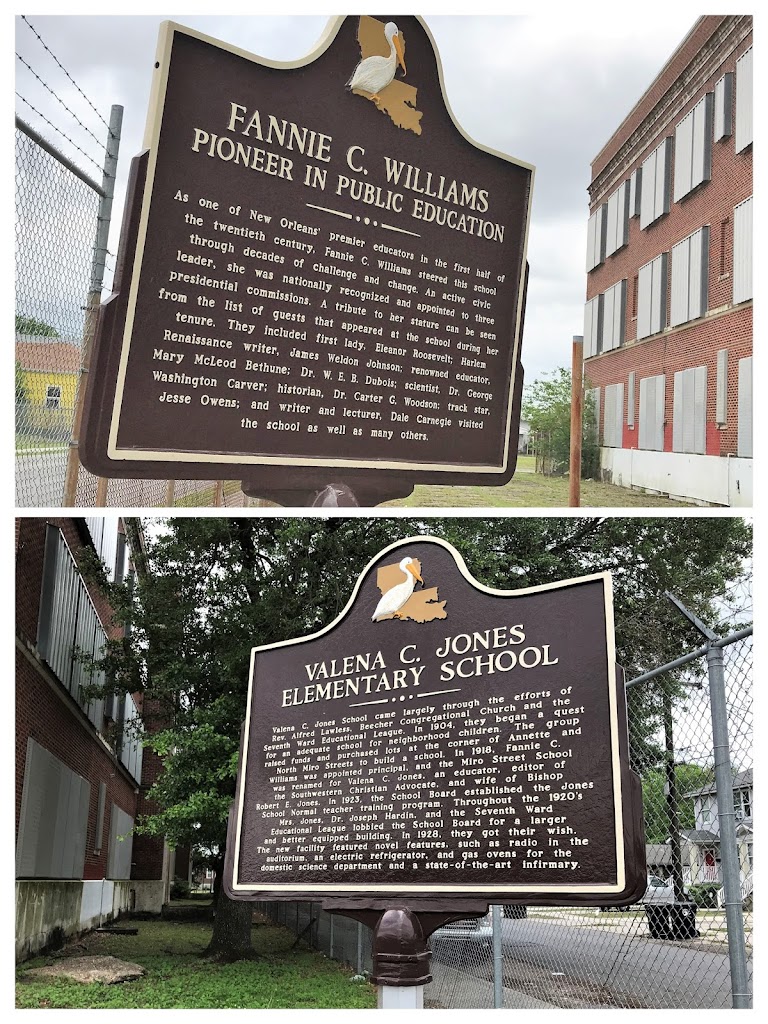 As one of New Orleans' premier educators in the first half of the twentieth century, Fannie C. Williams steered this school through decades of challenge and change. An active civic leader, she was nationally recognized and appointed to three presidential commissions. A tribute to her stature can be seen from the list of guests that appeared at the school during her tenure. They included first lady, Eleanor Roosevelt; Harlem Renaissance writer, James Weldon Johnson; renowned educator, Mary McLeod Bethune; Dr. W. E. B. Dubois; scientist, Dr. George Washington Carver; historian, Dr. Carter G. Woodson; track star, Jesse Owens; and writer and lecturer, Dale Carnegie visited the school as well as many others.

Valena C. Jones School came largely through the efforts of Rev. Alfred Lawless, Beecher Congregational Church and the Seventh Ward Educational League. In 1904, they began a quest for an adequate school for neighborhood children. The group raised funds and purchased lots at the corner of Annette and North Miro Streets to build a school. In 1918, Fannie C. Williams was appointed principal and the Miro Street School was renamed for Valena C. Jones, an educator, editor of the Southwesten Christian Advocate, and wife of Bishop Robert E. Jones. In 1923, the School Board established the Jones School Normal teacher training program. Throughout the 1920's Mrs. Jones, Dr. Joseph Hardin, and the Seventh Ward Educational League lobbied the School Board for a larger and better equipped building. In 1928, they got their wish. The new facility featured novel features, such as radio in the auditorium, and electric refrigerator, and gas ovens for the domestic science department and a state-of-the-art infirmary.