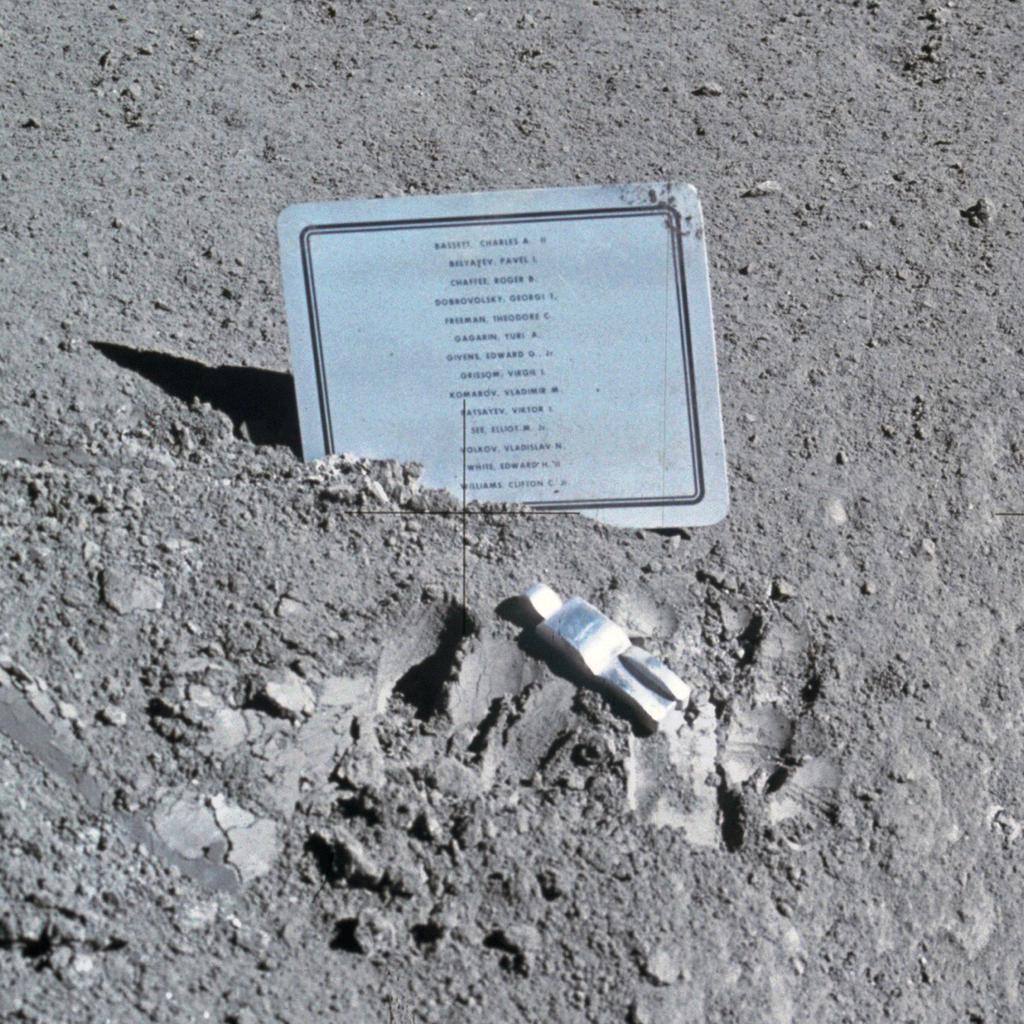 Referred to as “the first art installation on the Moon” by CBS anchorman Walter Cronkite, the Fallen Astronaut sculpture and its associated plaque, were placed secretly on the moon by the crew of Apollo 15 in 1971 (http://airandspace.si.edu/collections/artifact.cfm?id=A19772403001). The secrecy of the sculpture and plaque were not only because NASA places strict limitations on all payloads enter orbit, but also because the astronauts sought to leave an unpublished (non-commercial) memorial to their fallen comrades. The existence of the artwork wasn’t made public until completion of the Apollo 15 mission. The plaque contains the names of eight American astronauts and six Soviet cosmonauts who had died in service.

Further controversy erupted in May 1972 when the statue’s designer, Paul Van Hoeydonck, said he would offer 950 replicas of the statue for sale. After complaints from NASA, Van Hoeydonck halted his commercialization plan and no statues were sold. Although it is impossible to verify the material used for the plaque (a replicate shown here is stored at the National Air and Space Museum archives), it is likely the plaque was manufactured from Metalphoto® photo sensitive anodized aluminum as most labels/placards on NASA spacecraft were made of this material. The plaque had to be designed to withstand daytime temperatures up to 250 degrees Fahrenheit and nights as cold as 250 below zero. To this day, Metalphoto is one of the only lightweight identification materials durable enough withstand the temperature extremes and UV radiation on the moon.

Metalphoto was specified by NASA for most labels and placards within the Apollo spacecraft because of its outstanding durability and light weight (http://metalphoto.com/wp-content/uploads/downloads/2015/03/SSP50007RB.pdf). Today’ NASA specifies Metalphoto for many spacecraft labels and placards including the International Space Station. Metalphoto is also used for component identification on all Boeing aircraft, military IUID labels and countless other applications where permanent identification is critical.