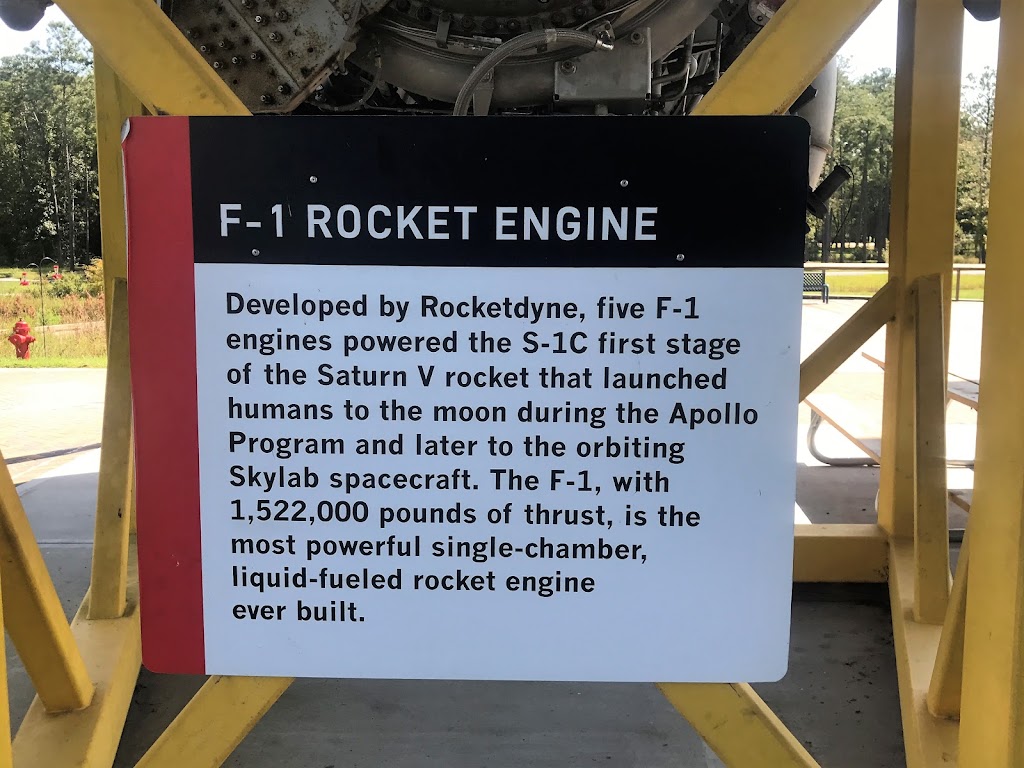 Developed by Rocketdyne, five F-1 engines powered the S-1C first stage of the Saturn V rocket that launched humans to the moon during the Apollo Program and later to the orbiting Skylab spacecraft. The F-1, with 1,522,000 pounds of thrust, is the most powerful single-chamber, liquid-fueled rocket engine ever built.