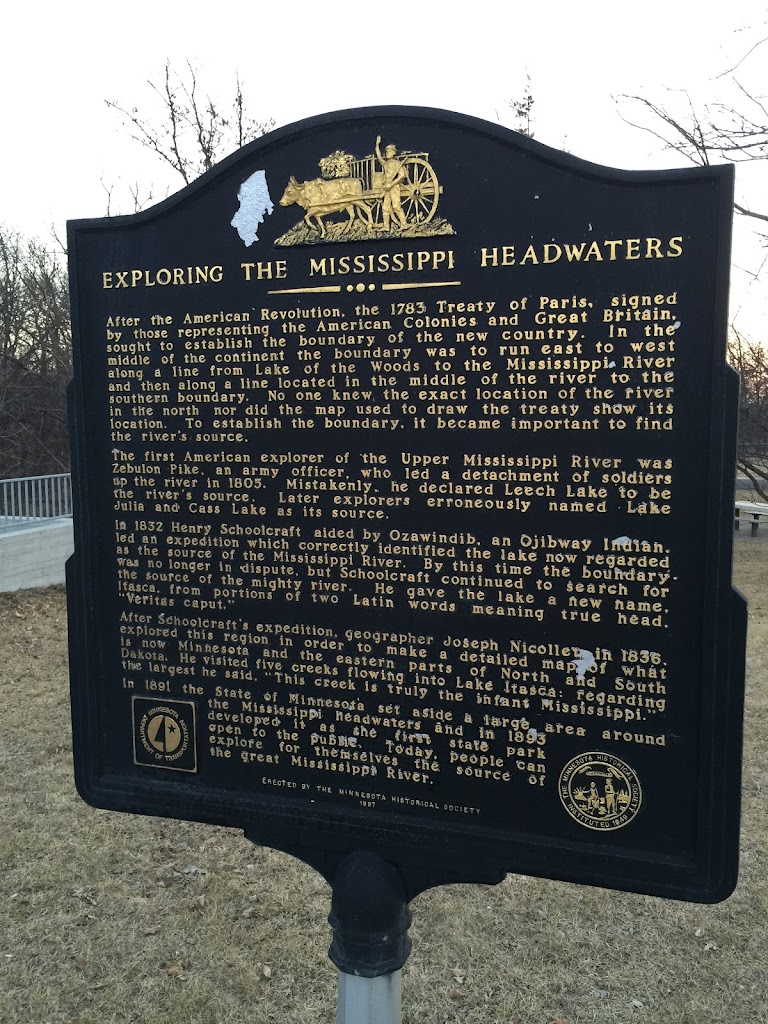 After the American Revolution, the 1783 Treaty of Paris, signed by those representing the American Colonies and Great Britain, sought to establish the boundary of the new country. In the middle of the continent the boundary was to run east to west along a line from Lake of the Woods to the Mississippi River and then along a line located in the middle of the river to the southern boundary. No one knew the exact location of the river in the north nor did the map used to draw the treaty show its location. To establish the boundary, it became important to find the river's source.

The first American explorer of the Upper Mississippi River was Zebulon Pike, an army officer, who led a detachment of soldiers up the river in 1805. Mistakenly, he declared Leech Lake to be the river's source. Later explorers erroneously named Lake Julia and Cass Lake as its source.

In 1832 Henry Schoolcraft aided by Qzawindib, an Ojibway Indian, led an expedition which correctly identified the lake now regarded as the source of the Mississippi River. By this time the boundary was no longer in dispute, but Schoolcraft continued to search for the source of the mighty river. He gave the lake a new name, Itasca, from portions of two Latin words meaning true head, "Veritas caput."

After Schoolcraft's expedition, geographer Joseph Nicollet, in 1836, explored this region in order to make a detailed map of what is now Minnesota and the eastern parts of North and South Dakota. He visited five creeks flowing flowing into Lake Itasca: regarding the largest he said, "This creek is truly the infant Mississippi."

In 1891 the State of Minnesota set aside a large area around the Mississippi headwaters and in 1893 developed it as the first state park open to the public. Today, people can explore for themselves the source of the great Mississippi River.