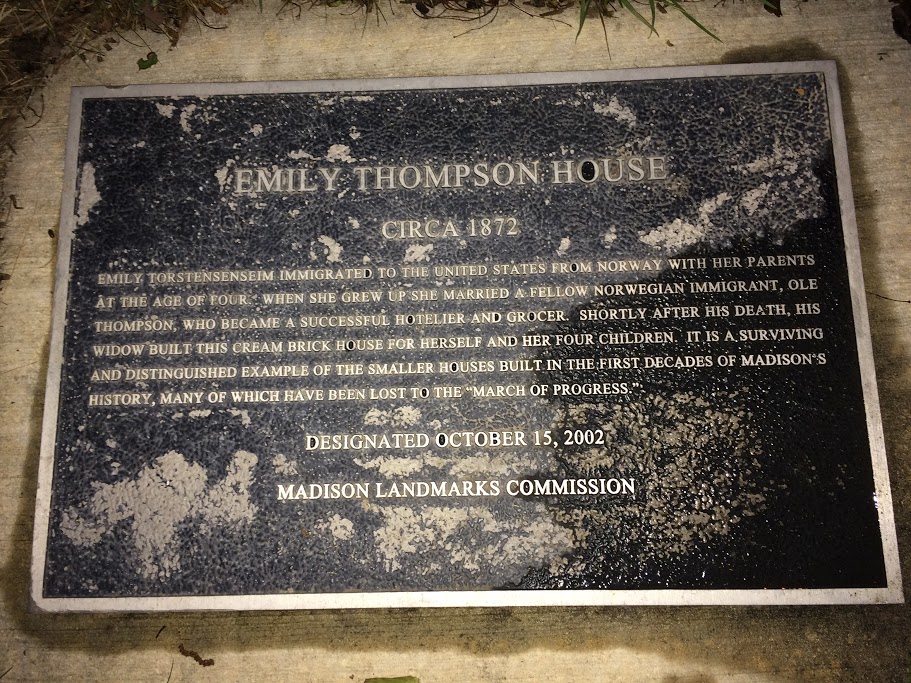 Emily Torstensenseim immigrated to the United States from Norway with her parents at the age of four. When she grew up she married a fellow Norwegian immigrant, Ole Thompson, who became a successful hotelier and grocer. Shortly after his death, his widow built this cream brick house for herself and her four children. It is a surviving and distinguished example of the smaller houses built in the first decades of Madison's history, many of which have been lost to the "March of Progress."