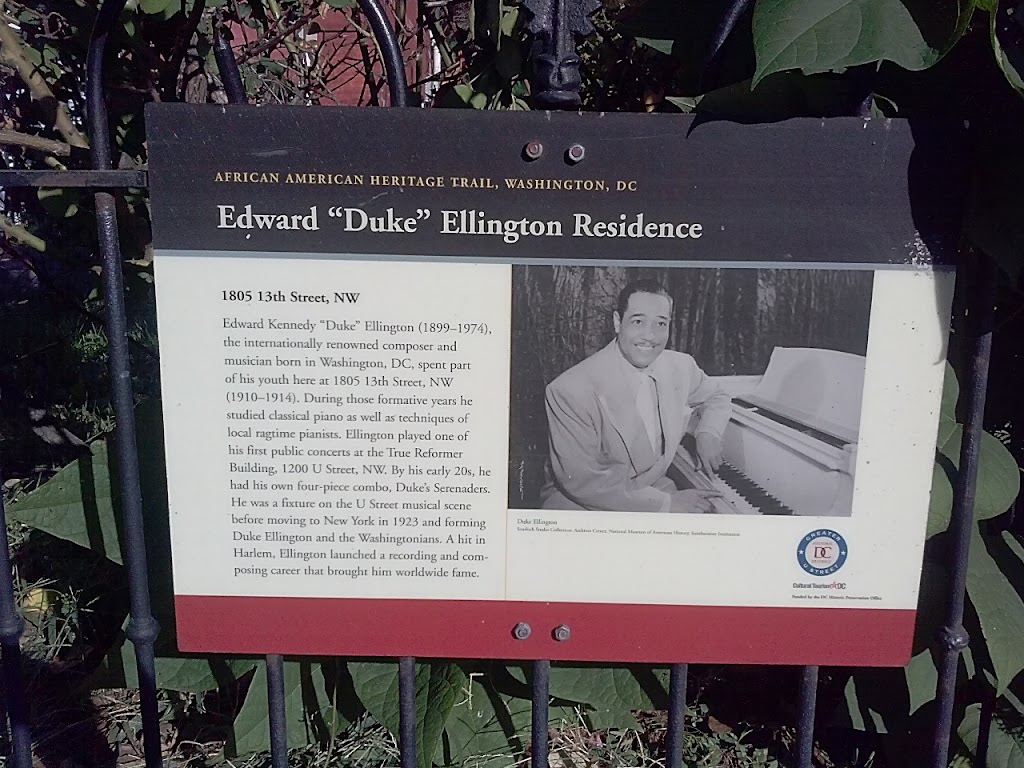 This plaque is a part of the African American Heritage Trail in Washington DC.

Edward Kennedy "Duke" Ellington (1899-1974), the internationally renowned composer and musician born in Washington, DC, spent part of his youth here at 1805 13th Street, NW (1910-1914). During those formative years he studied classical piano as well as techniques of local ragtime pianists. Ellington played one of his first public concerts at the True Reformer Building, 1200 U Street, NW. By his early 20s, he had his own four-piece combo, Duke's Serenaders. He was a fixture on the U Street musical scene before moving to New York in 1923 and forming Duke Ellington and the Washingtonians. A hit in Harlem, Ellington launched a recording and composing career that brought him worldwide fame.