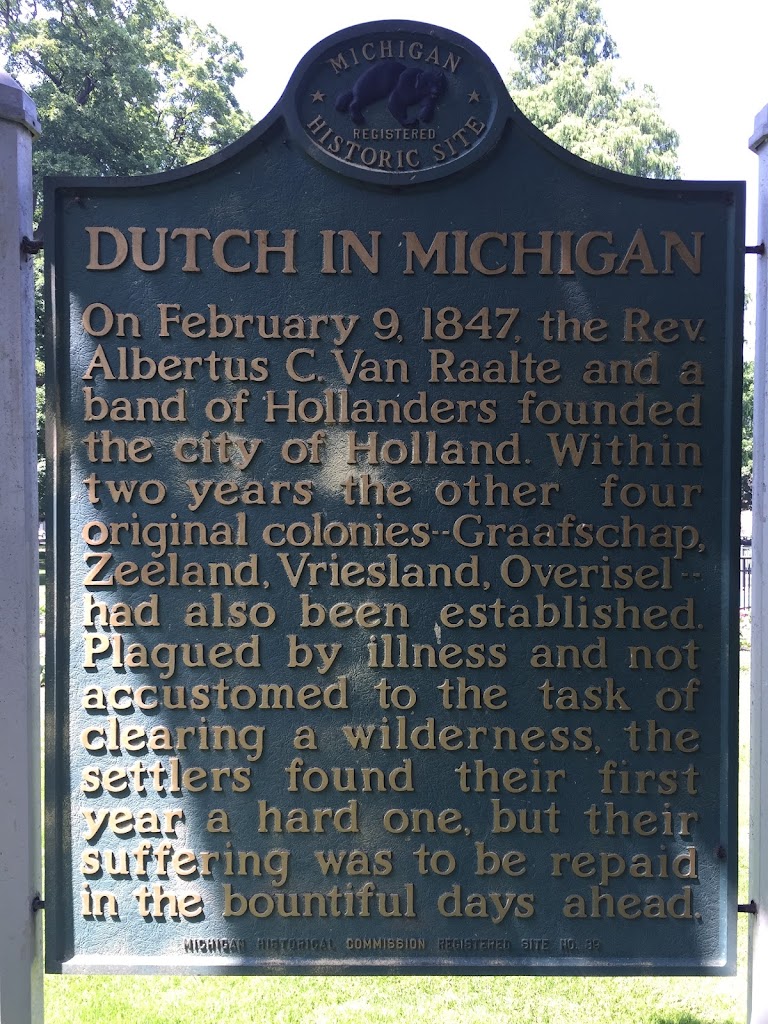 On February 9, 1847, the Reverend Alburtis see. VanRaalte he and a band of Hollanders founded the city of Holland. Within two years the other four original colonies - Graafschap, Zealand, Vriesland, Overisel - had also been been established. Plagued by  illness and not accustomed to the task of clearing a wilderness, the settlers found their first year a hard one, but their suffering was to be repaid in the bountiful days ahead.