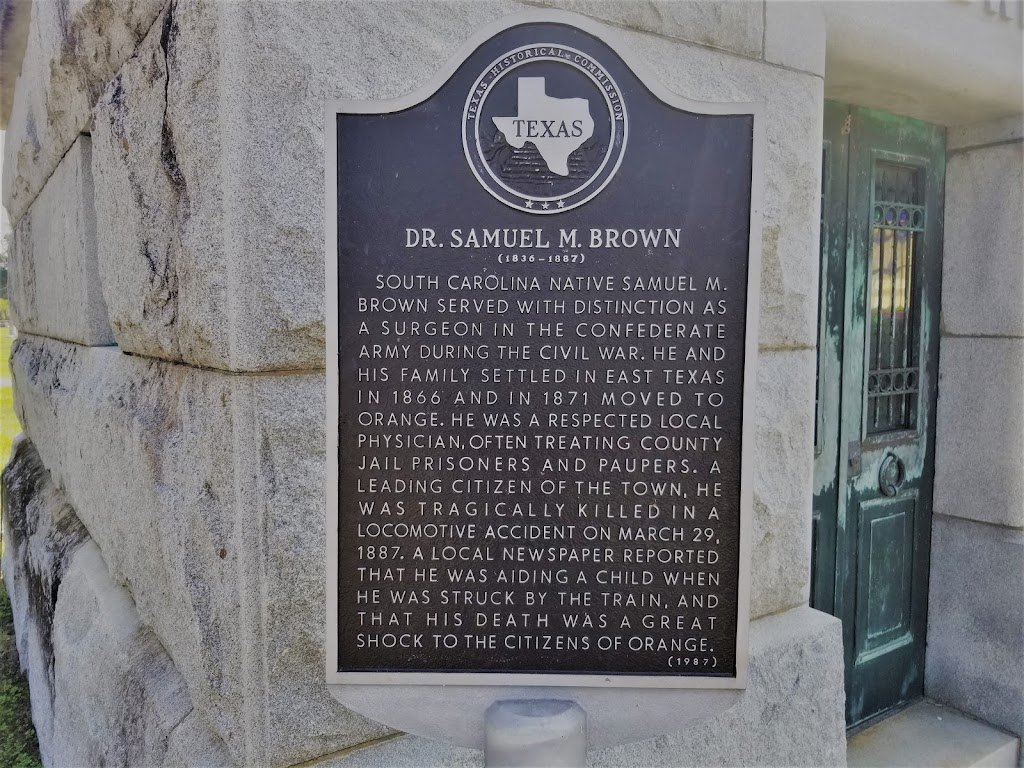 South Carolina native Samuel M. Brown served with distinction as a surgeon in the Confederate army during the Civil War. He and his family settled in East Texas in 1866 and in 1871 moved to Orange. He was a respected local physician, often treating county jail prisoners and paupers. A leading citizen of the town, he was tragically killed in a locomotive accident on March 29, 1887. A local newspaper reported that he was aiding a child when he was struck by the train, and that his death was a great shock to the citizens of Orange.